Cold War rivals met in Earth orbit on July 17, 1975, when the Apollo command and service module docked with a Soyuz spacecraft orbital module. During the approximately two days in orbit, the three U.S. astronauts and two Soviet cosmonauts performed joint experiments, shared meals in each others' capsules and exchanged commemorative items. 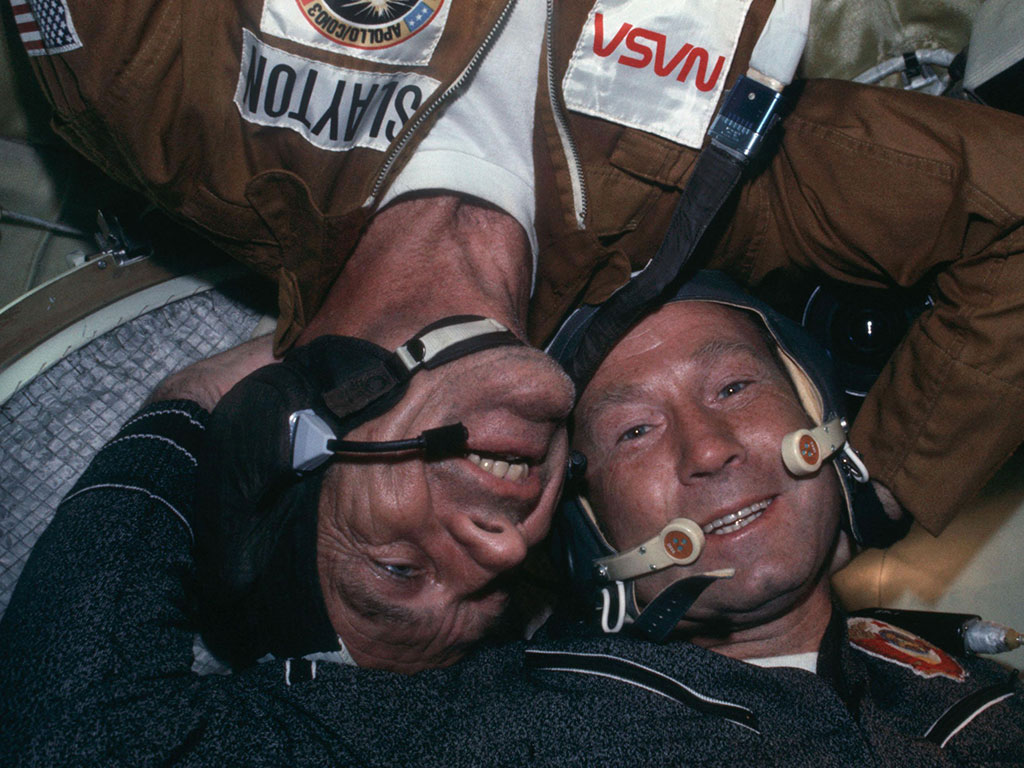 In perhaps the most iconic image from the flight, astronaut Deke Slayton and cosmonaut Aleksey Leonov are seen together in the Soyuz spacecraft. Slayton was one of NASA's early Mercury astronauts. Leonov made history in 1965, when he conducted the first "spacewalk."

Photo and caption courtesy of National Aeronautics and Space Administration.

This video shows the docking on July 17, 1975, and historic handshake as NASA astronauts meet Russian cosmonauts. The handshake was the culmination of months of planning and training, and kicked off approximately 47 hours of docked operations in orbit. Also shown are excerpts from two phone calls. The first phone call is between the astronauts and Soviet General Secretary Leonid Brezhnev. The second phone call is between the astronauts and U.S. President Gerald R. Ford.

Video and caption is courtesy of the National Aeronautics and Space Administration.

Memorandum from Brent Scowcroft to President Ford providing a schedule of events related to the Apollo-Soyuz mission, May 19, 1975