The U.S. and Soviet space programs conducted numerous tests and simulations. From July 1973 to April 1975, the U.S. and Soviet space crews and supporting engineers visited each other’s facilities and trained together. The U.S. astronauts took Russian language courses; the Soviets took English courses. Both teams agreed that in space, the Americans would speak to their Soviet counterparts in Russian, who in turn would speak English to the Americans. 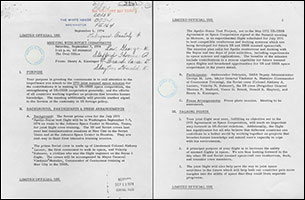 This September 6, 1974 memorandum from Henry A. Kissinger describes the visit and provides an overview of the Apollo-Soyuz Test Project. 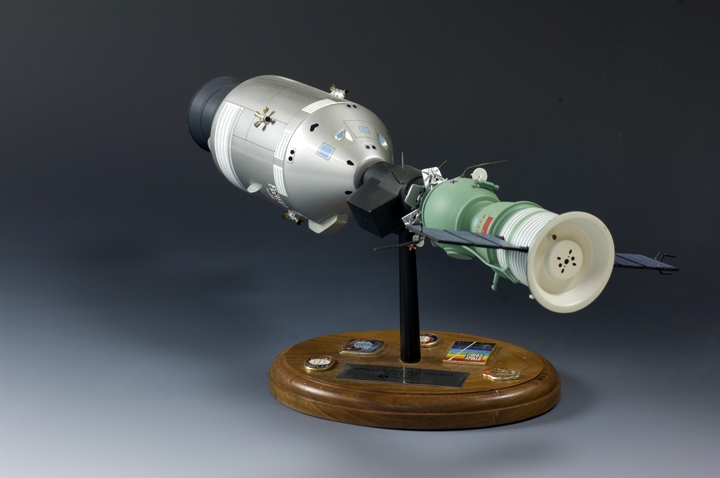 Model of the Apollo and Soyuz spacecraft depicting their linkage in outer space. The commemorative pins attached to the base were worn by the cosmonauts when the model was presented to President Ford in the meeting shown below. 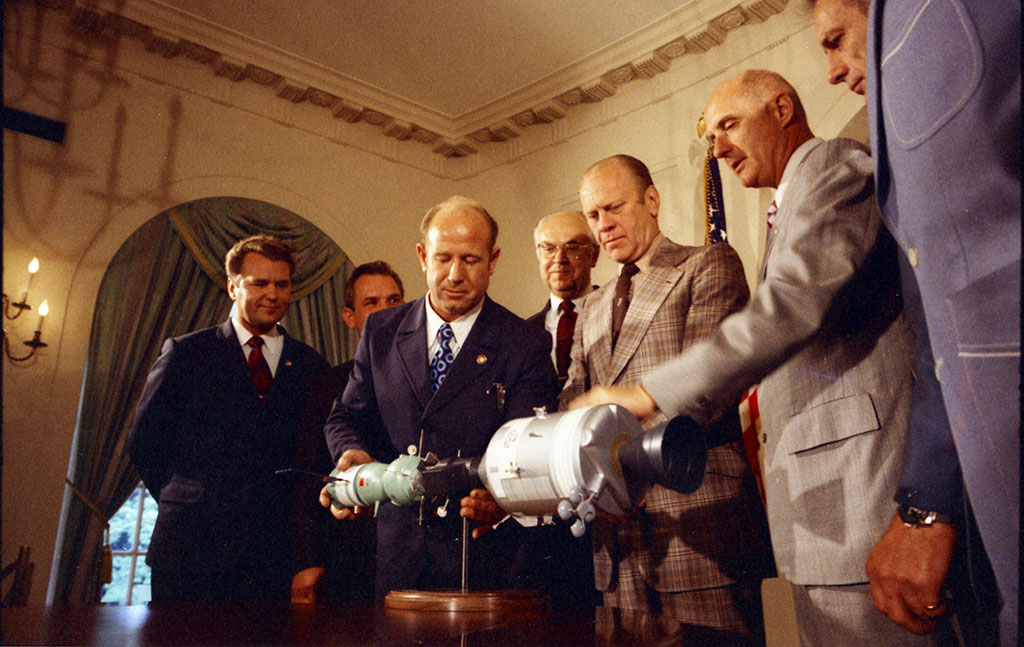