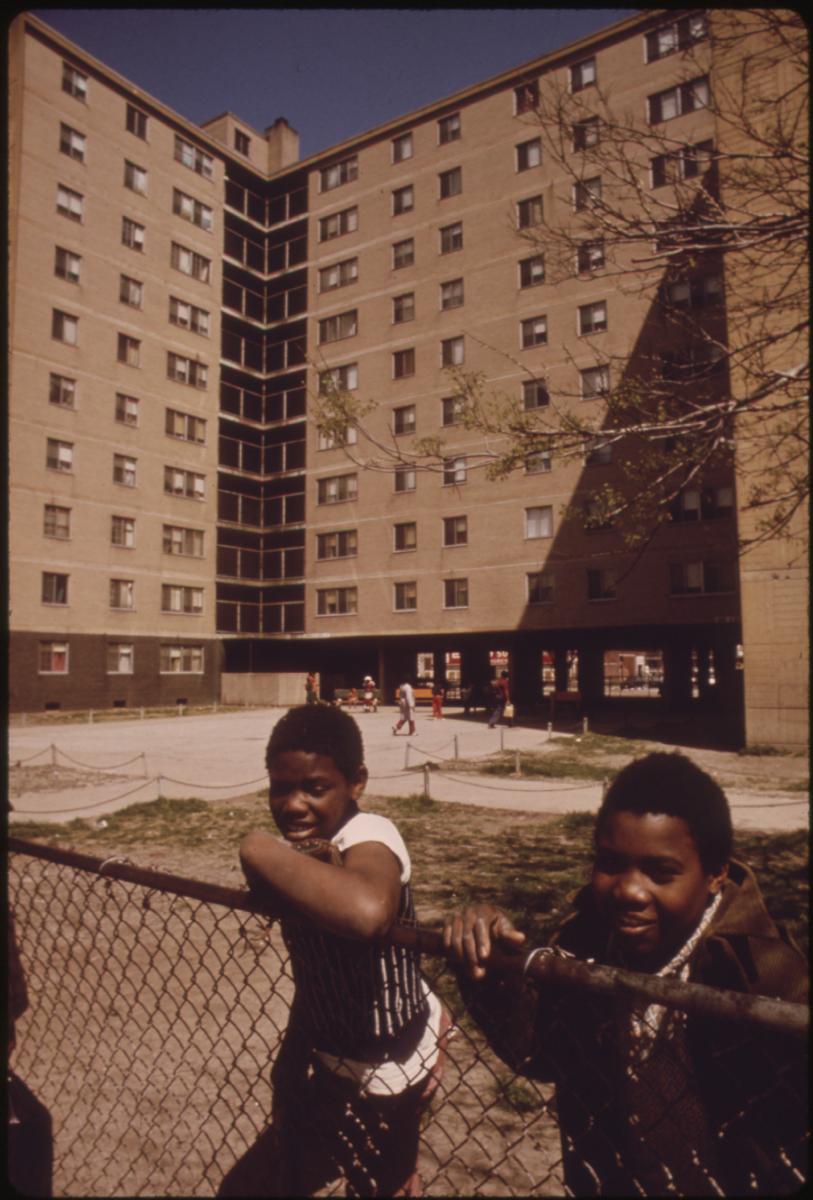 Boys outside of the Stateway Gardens Housing Project on the South Side of Chicago, May, 1973 (NAID 556163)

The Great Migration was one of the largest movements of people in United States history. Approximately six million Black people moved from the American South to Northern, Midwestern, and Western states roughly from the 1910s until the 1970s. The driving force behind the mass movement was to escape racial violence, pursue economic and educational opportunities, and obtain freedom from the oppression of Jim Crow.

The Great Migration is often broken into two phases, coinciding with the participation and effects of the United States in both World Wars. The First Great Migration (1910-1940) had Black southerners relocate to northern and midwestern cities including: New York, Chicago, Detroit, and Pittsburgh. When the war effort ramped up in 1917, more able bodied men were sent off to Europe to fight leaving their industrial jobs vacant. The labor supply was further strained with a decline in immigration from Europe and standing bans on peoples of color from other parts of the world. All of this afforded the opportunity for the Black population to be the labor supply in non-agricultural industries.

Although the migrants found better jobs and fled the South entrenched in Jim Crow, many African Americans faced injustices and difficulties after migrating. The Red Summer of 1919 was rooted in tensions and prejudice that arose from white people having to adjust to the demographic changes in their local communities. From World War I until World War II, it is estimated that about 2 million Black people left the South for other parts of the country.

World War II brought an expansion to the nation’s defense industry and many more jobs for African Americans in other locales, again encouraging a massive migration that was active until the 1970s. During this period, more people moved North, and further west to California's major cities including Oakland, Los Angeles, and San Francisco, as well as Portland, Oregon and Seattle, Washington. Within twenty years of World War II, a further 3 million Black people migrated throughout the United States.

Black people who migrated during the second phase of the Great Migration were met with housing discrimination, as localities had started to implement restrictive covenants and  redlining, which created segregated neighborhoods, but also served as a foundation for the existing racial disparities in wealth in the United States.

Records in this topic cover migratory information and trends captured by various branches and agencies of the government, including employment and housing. There are also records reflecting cultural and social aspects of the lives of those who participated and were impacted by the Great Migration.

Blogs on the Great Migration from Rediscovering Black History