Documentation of immigrants entering the United States varied significantly from 1789-1819 because there was not a singular entity creating and maintaining records of immigrants.  The Customs Bureau oversaw ports starting in 1789, but, with limited exceptions such as New Orleans and Philadelphia which consistently recorded arrivals for spans of multiple years, it is difficult to find documentation at NARA of immigrants to the United States during this early time frame.

The Steerage Act of 1819 changed this.  Until January 1820, the United States government did not require passenger lists, but the new Steerage Act required the master of a ship to provide a manifest of passengers boarded at foreign port, and it required each vessel to carry a specific quantity of provisions for each passenger with an entitlement to compensation should supplies prove deficient.

The Immigration Act of 1891 introduced further documentation as it required that information be collected about immigrants entering the United States overland from Canada and Mexico.  It is interesting to note that approximately 40% of the foreign passengers arriving in Canada were actually bound for the United States, so the creation of border crossing records began capturing a large pool of immigrants that likely would not have shown up on previous arrival documents.  The Act also created a Superintendent of Immigration who oversaw immigration inspectors at ports of entry; and barred polygamists, persons convicted of crimes of moral turpitude, and those suffering from diseases – creating a provision for medical examinations. 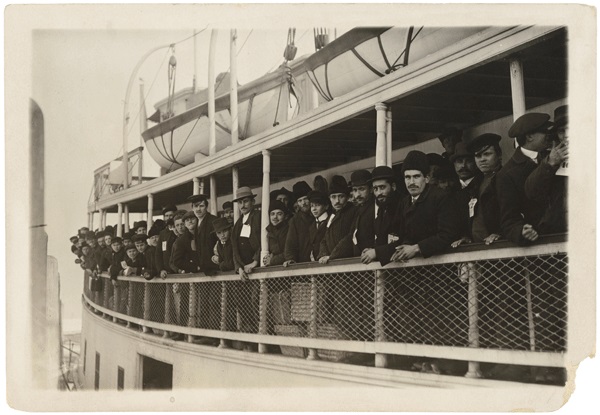 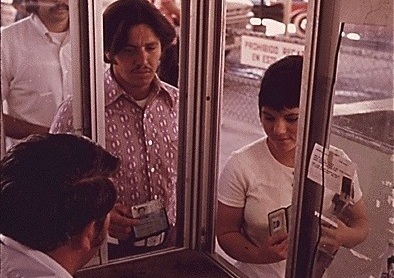 The National Archives has immigration records for arrivals to the United States from foreign ports between approximately 1820 and December 1982 (with gaps).  The records are arranged by port or airport of arrival. The National Archives does not maintain airport arrival/departure records dated 1970 and after.

Use Form NATF 81or order online to obtain copies of inbound federal passenger arrival manifests for ships and airplanes, 1820-1959.

Arrival records are restricted due to personally identifiable information for 75 years, and must be requested through a Freedom of Information Act (FOIA) request during the restricted period.

Please note:  All requests for passenger arrival records dated post 1957 must include the full name of the passenger; exact day/month/year of arrival; port or airport of arrival; vessel or airline name; and for airport arrivals, the flight number.

Records older than 75 years are publicly available, and many have been digitized by National Archives partners. See our list of all the digitized records available on our partners' websites. Please note: FamilySearch.org is a free site. Ancestry and Fold3 are both subscription services that allow free searches of some or all index terms for each title. Free access to Ancestry.com and Fold3.com is available in all research rooms at the National Archives, including those in our field locations and Presidential Libraries. Microfilm publications digitized by our partners as part of our digitization partnership agreements will eventually be free online in the National Archives Catalog.

Documentation for arrivals December 1982 and after are held by the United States Citizenship and Immigration Services (USCIS).  Additionally, most immigrants admitted since May 1, 1951 should be entirely documented in an Alien File (A-File).  The USCIS arrival records and A-Files are available through the USCIS Freedom of Information Act Program (FOIA).

Browse by Port of Entry

Various NARA microfilm publications reproduce passenger arrival records and/or vessel crew lists from the water or land borders from 1800-1982. Discover what records have been digitized and are available for online use.