Newsreels at the National Archives in College Park, MD 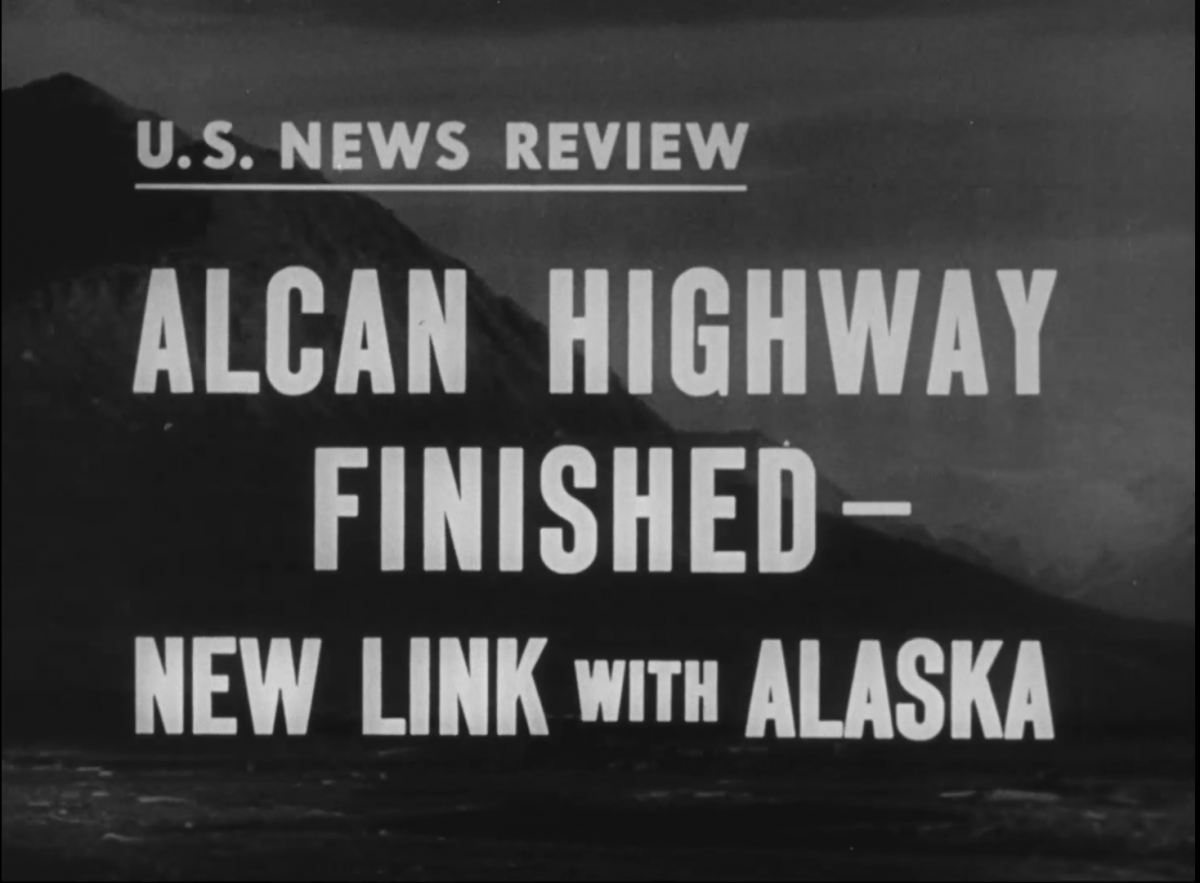 From 208.241,U.S.News Review No. 2 From Records of the Office of War Information

The newsreel and newsreel-like holdings at the National Archives (NARA) document a broad range of American and World history spanning nearly a century. The collections include commercially produced releases and outtakes donated to NARA by private organizations, as well as series produced or collected by military and civilian agencies of the federal government. Usage rights for these collections vary greatly. General information on rights and usage for each series is in our online catalog, and our webpage includes contact information for a limited number of known rights holders. Researchers may reach out to our reference staff at mopix@nara.gov with specific questions, and users should be familiar with NARA’s Use Statement.

Newsreels and associated finding aids, such as subject catalog cards, release sheets, shot lists and content summaries, can be found in several federal Record Groups and donated materials collections; the most significant of these are listed below.

Note on Digital Copies in the Catalog: Many Item descriptions in NARA’s online catalog do not include digital copies. There are a number of reasons for this. In some cases, the film has not been digitized. In other cases the material may be restricted by copyright or other intellectual property right restrictions. Item descriptions without digital copies may include written descriptions of film contents. Viewing copies may also be available in the Motion Picture Research Room in College Park, Maryland, and we invite researchers to continue their research in person or hire a researcher.

These series consist of edited newsreel stories and outtakes by Universal Pictures. MCA/Universal deeded the copyright to this collection to the US Government. However, individual reels may include content acquired and under copyright to a third party or subject to other intellectual property right restrictions. See NARA Use Statement 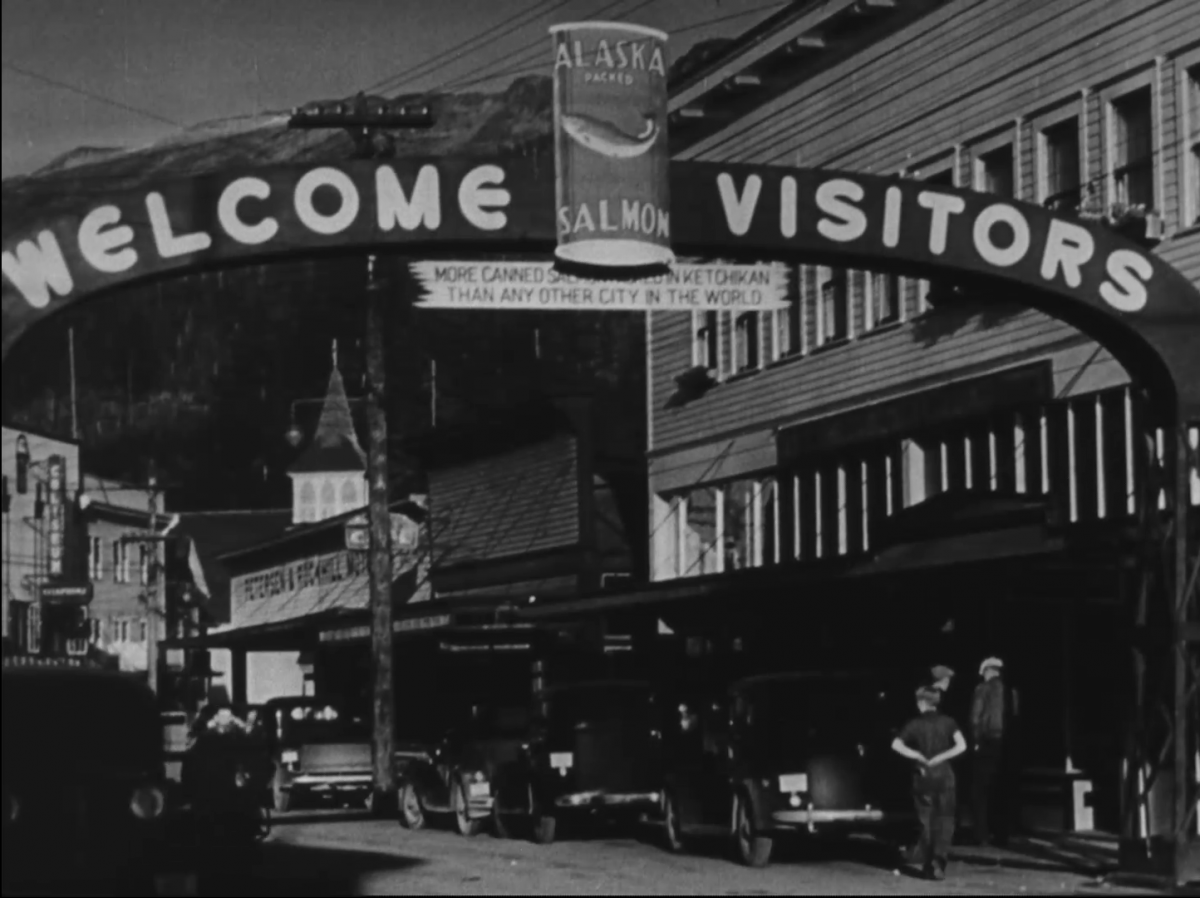 From 208.241,U.S.News Review No. 2 From Records of the Office of War Information

One of five major U.S. newsreels, Universal Newsreel was released in theaters from 1929 to 1967, making it the last theatrical newsreel series released in the United States. The collection spans nearly seven decades with some gaps. After donation to the National Archives, a fire in 1978 destroyed approximately xx reels/feet of nitrate motion picture film, including most of volumes 14 through 17, which cover 1941 to 1943. In addition, Universal disposed of many separate music and narrative soundtracks before donating the library to the National Archives.

This series contains the subject card catalog for the Universal Newsreels. The card catalog is arranged according to major subject divisions: Foreign Locations; U.S. Locations; General; Conveyances; Types of People; Education; Animals; Sports and Amusements; Aviation; U.S. Army; U.S. Navy; U.S. Government; and Personalities. The cards under U.S. Locations are the most inclusive since Universal routinely entered a card under each location or dateline. The cards from 1929 to 1943 are not as detailed as the later ones, but generally each card contains the film title or subject matter; release and outtake numbers; location and date of event concerned; and brief summary of contents or scene list. All the microfilm has been scanned and is available for download from the catalog.

This series consists of newsreel stories released by Time Inc. These newsreel stories cover a range of political, economic and military topics. While researchers are allowed to view these records at the National Archives at College Park, the use of these records is restricted and permission must be sought from the donor before copies can be made. Some of this series has been described in our online catalog but none have been digitized for download from the catalog.

This series consists of outtakes of newsreel stories released by Time Inc. These newsreel stories cover a range of political, economic and military topics. Unlike the MT-MT Releases, use of these records is NOT restricted. However, please be aware that there may still be underlying intellectual property rights issues and know that use of these records is at your own risk. Much of this series has been described in our online catalog and most have reference copies available for download from the catalog.

Record Group 208: Records of the Office of War Information including:

This series includes different types of seized films, mostly German and including newsreels.

This series includes different types of seized films, including newsreels from Germany, Greece, Indochina, Japan, Korea, Poland the Soviet Union and other locations.

This Week in Universal News: The Gulf of Tonkin Incident, 1964

A Newsreel Cameraman’s View of D-Day

This Week in Universal News: The 64th Running of the Kentucky Derby, 1938

A Moving Image “Newspaper”: Universal Newsreels at the National Archives