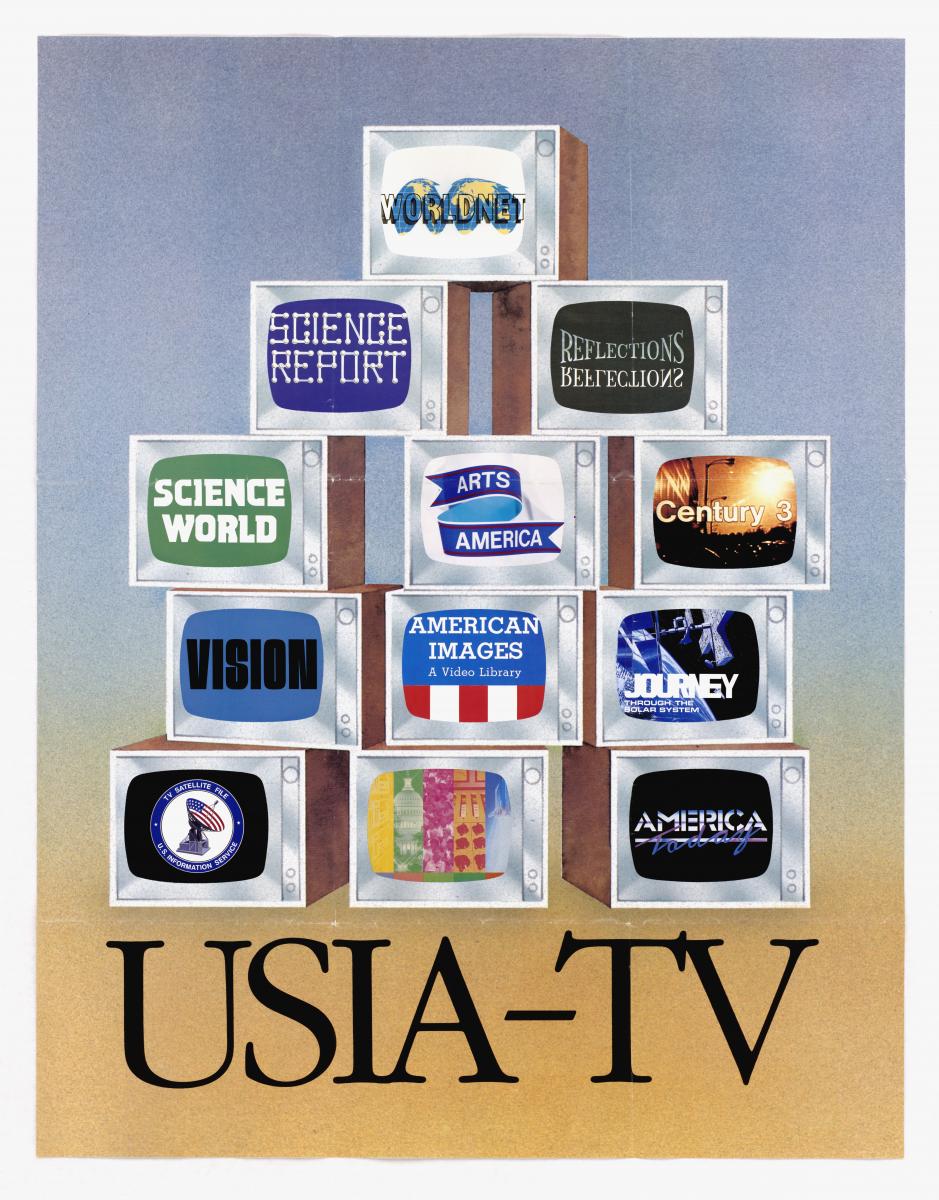 Throughout the 20th and 21st centuries, audio-visual media has been a significant vehicle for international outreach, cultural and political diplomacy, and for the promotion of national interests and the foreign policy objectives of the United States. The Office of War Information,  The Department of State, The Office of Inter-American Affairs, the United States Information Agency, the Voice of America and the Broadcasting Board Of Governors were among the most prominent federal agencies to produce and distribute film, audio and video to reach audiences around the world.

The Moving Image and Sound Branch of the National Archives and Records Administration (NARA) holds the permanently valuable audio-visual records of these agencies and others which created content designed primarily for international, not domestic audiences. While the majority of the films and recordings are in English, there are films and audio recordings in other languages, such as French, Spanish, Arabic, and Korean. Content features both sound and silent, edited and unedited materials. Film formats include 16 and 35mm color and black and white film (both sound and silent), magnetic audio-visual video and audio formats, as well as born-digital video and audio formats.

Finding aids, such as original shots lists, content summaries, title indexes, film catalogs, scripts and other materials can be accessed at the Motion Picture Research Room in College Park, Maryland. As these materials are digitized, they are added to NARA’s Online Catalog. Finding aids are generally associated with a particular film or audio series.

Record Group 59: General Records of the Department of State

Record Group 84: Foreign Service Posts of the Department of State

Record Group 111: Records of the Office of the Chief Signal Officer

Record Group 208: Records of the Office of War Information

Record Group 229: Records of the Office of Inter-American Affairs

Record Group 286: Records of the Agency for International Development

Record Group 377: Records of the U.S. Travel and Tourism Administration

Record Group 517: Records of the U.S. Agency for Global Media

The Berlin Wall: 30 Years After the Fall

Tales from the Hoja: Marionettes with a Message

Animatics and Anti-Communism: Payut Ngaokrachang Animates Hanuman for the USIA

As the City Sleeps

Came to Here from Over There

Men of the Forest

A Town Solves a Problem

Valley of the Tennessee