Black Americans and the Vote

The struggle over voting rights in the United States dates all the way back to the founding of the nation. The original U.S. Constitution did not define voting rights for citizens, and until 1870, only white men were allowed to vote. Two constitutional amendments changed that. The Fifteenth Amendment (ratified in 1870) extended voting rights to men of all races. However, this amendment was not enough because African Americans were still denied the right to vote by state constitutions and laws, poll taxes, literacy tests, the “grandfather clause,” and outright intimidation. The Twenty-fourth Amendment (ratified in 1964) partly addressed this injustice by prohibiting the use of poll taxes in federal elections. In addition to these constitutional amendments, the Voting Rights Act of 1965 secured voting rights for adult citizens of all races and genders in the form of federal laws that enforced the amendments. Continue reading about Black Americans and the vote below, or jump to another section on this page. 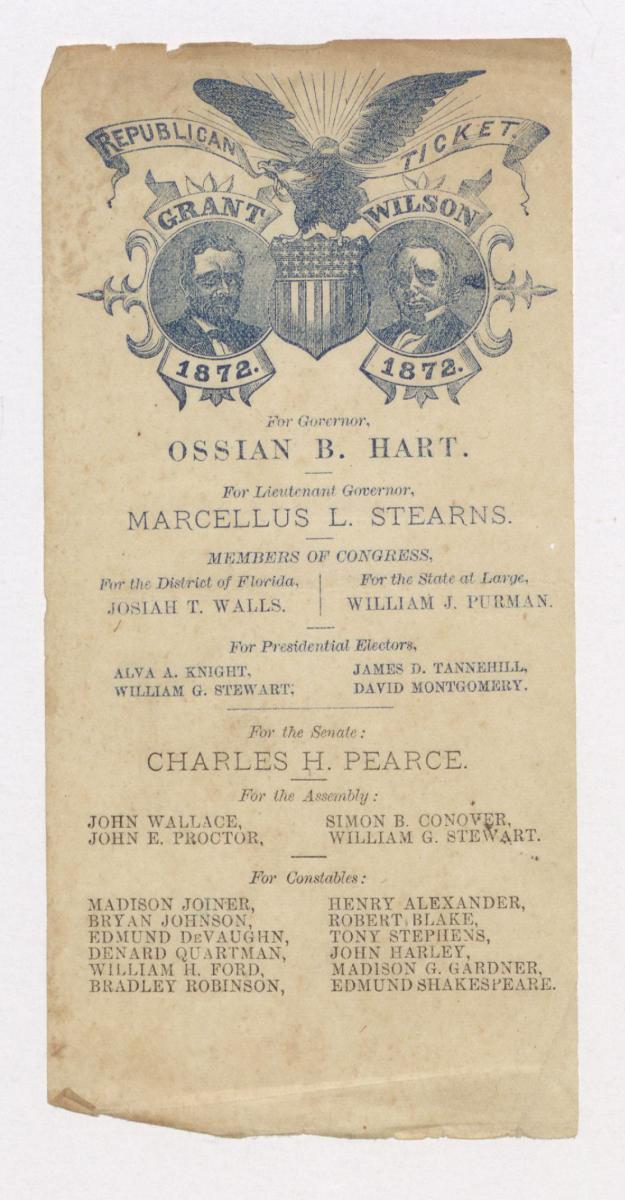 The Fifteenth Amendment was passed by Congress and ratified during the Reconstruction Era, when the progressive wing of the Republican Party dominated Congress during the decade following the end of the U.S. Civil War. The Reconstruction era was noteworthy in that African American men were not only granted voting rights but even won several seats in Congress. Hiram Revels and Blanche Bruce became the first African Americans to be elected to the U.S. Senate, representing the state of Mississippi. After their terms in office the next Black person elected to the Senate was Edward Brooke of Massachusetts, nearly a century later in 1967.

When Reconstruction collapsed with the withdrawal of Federal troops from the former Confederate states in 1877, the white supremacist wing of the Democratic Party dominated the South. Voting rights for Black men in the former Confederate states were rescinded in courts and in state and local laws, and those rights were further restricted by poll taxes, literacy tests, intimidation, and fraud. The infamous “grandfather clause,” which restricted voting rights to men who were allowed to vote, or whose male ancestors were allowed to vote, before 1867 was also a popular method of disenfranchising African American men - because they were not allowed to vote before the 15th Amendment was ratified, the grandfather clause denied them their voting rights.

Like the Fifteenth Amendment, the Twenty-fourth Amendment and the Voting Rights Act emerged from their historical contexts, in this case the civil rights movement and voting rights initiatives of the 1960s. The push for voting rights was led by the Student Nonviolent Coordinating Committee (SNCC), the Congress of Racial Equality (CORE), the Southern Christian Leadership Conference (SCLC), the National Association for the Advancement of Colored People (NAACP), and by activists Rev. Dr. Martin Luther King, Jr., John Lewis, Diane Nash, Ella Baker, Bob Moses, Stokely Carmichael, and others. In 1963, SNCC organized Freedom Vote, a mock election among southern Black people that was designed to encourage these citizens to register to vote. In 1964, the Council of Federated Organizations (COFO), a coalition of the Mississippi chapters of the four aforementioned organizations, coordinated the Freedom Summer Project, which worked to register Black people in Mississippi to vote. This project was powered by local activists and by over one thousand college student volunteers (most of whom were white) from the northern and western regions of the U.S.

Voting rights activists faced violent opposition in the South, both from law enforcement and white residents. Many Freedom Summer activists were arrested by local police officers, some were beaten, and three young men (James Chaney of Mississippi and Michael Schwerner and Andrew Goodman of New York City) were killed in June 1964 by the Ku Klux Klan. In addition, dozens of homes, businesses, and churches were destroyed. Another violent incident occurred on March 7, 1965 when hundreds of protestors, led by John Lewis of SNCC and Rev. Hosea Williams of SCLC, marched across the Edmund Pettus Bridge leading out of Selma, Alabama while marching to Montgomery to demand voting rights and civil rights for African Americans. The marchers were blocked by state troopers and deputized white men, who then attacked the marchers with clubs and tear gas. 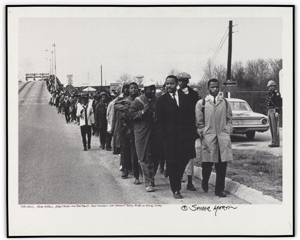 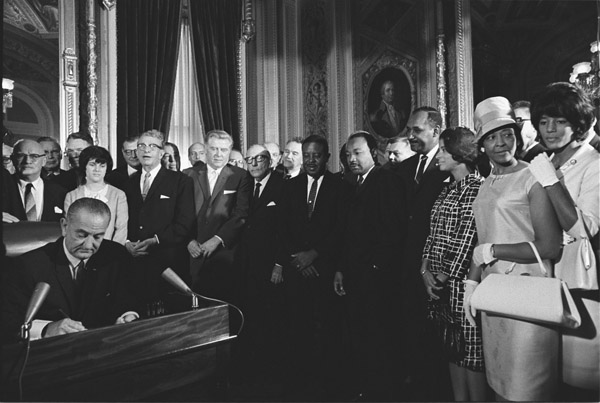 Voting rights activists also challenged the Democratic Party in Mississippi when Fannie Lou Hamer, Bob Moses, and Ella Baker founded the Mississippi Freedom Democratic Party (MFDP) in 1964. As was the case throughout most of the South, the Democratic Party in Mississippi was dominated by white segregationists. The MFDP elected delegates to attend the 1964 Democratic National Convention and demanded to be seated in place of the segregationist Democratic delegates. Hamer and other MFDP delegates made their case to the convention’s credentials committee, which offered the MFDP only two at-large delegates to be seated. The MFDP refused this compromise and left the convention. National media coverage of MFDP delegates’ testimony and of the racial violence in Mississippi and Alabama, along with pressure by civil rights groups, led to Congress passing the Civil Rights Act of 1964 (which prohibited the unequal application of voting laws) and the Voting Rights Act. The Voting Rights Act has been amended and renewed several times since 1965, and has been tested in over twenty U.S. Supreme Court cases, including Shelby County v. Holder (2013), which ruled part of the Voting Rights Act unconstitutional and made racial discrimination in voting easier.

The portal for Black Americans and the Vote highlights many of the National Archives holdings that relate to the long struggle for equality in voting rights. Through this portal, users can explore the historic events, individuals, organizations, and the Federal government’s actions to both limit and expand access to the vote. The National Archives holds records relating to mass voting actions such as Freedom Summer, as well as records about the organizations and people that championed voting access for Black Americans. This subject portal is not meant to be exhaustive, but to provide guidance to researchers interested in African Americans and the vote in relation to the Federal government. 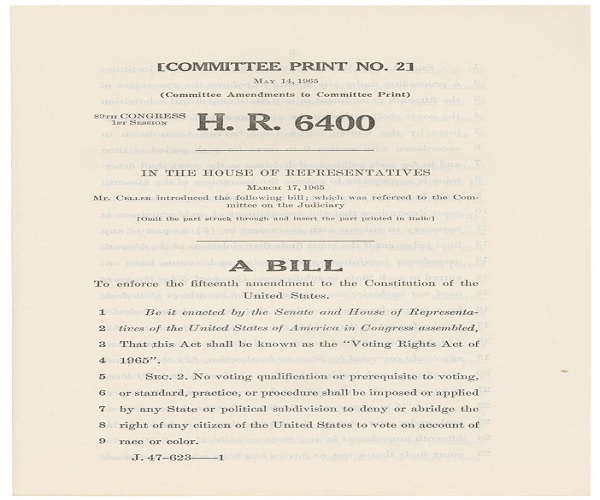 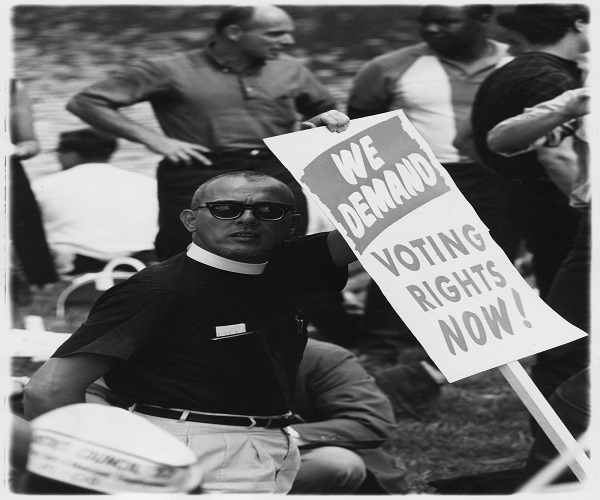 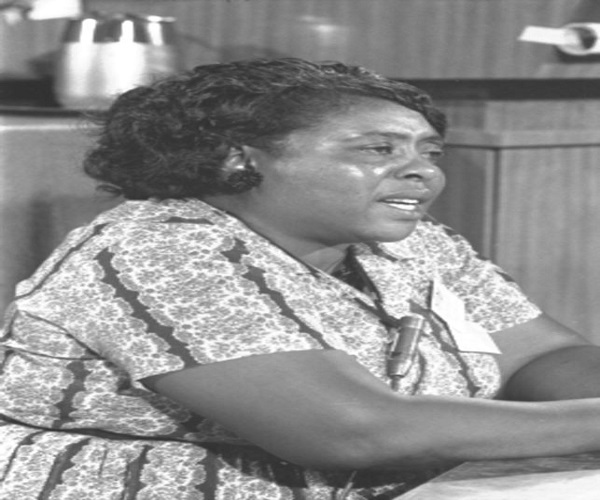 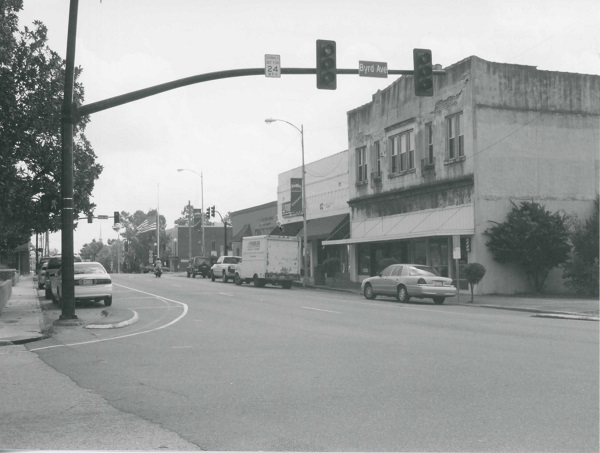 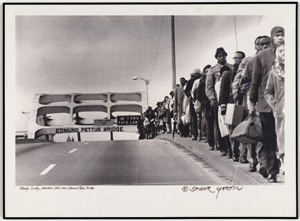 Blogs relating to the Electoral College in Pieces of History

Center for Legislative Archives: Congress and the Voting Rights Act of 1965

The Electoral College: It's a Process, Not a Place

How to Register to Vote

Vanguard: How Black Women Broke Barriers, Won the Vote, and Insisted on Equality for All, Aug 26, 2020