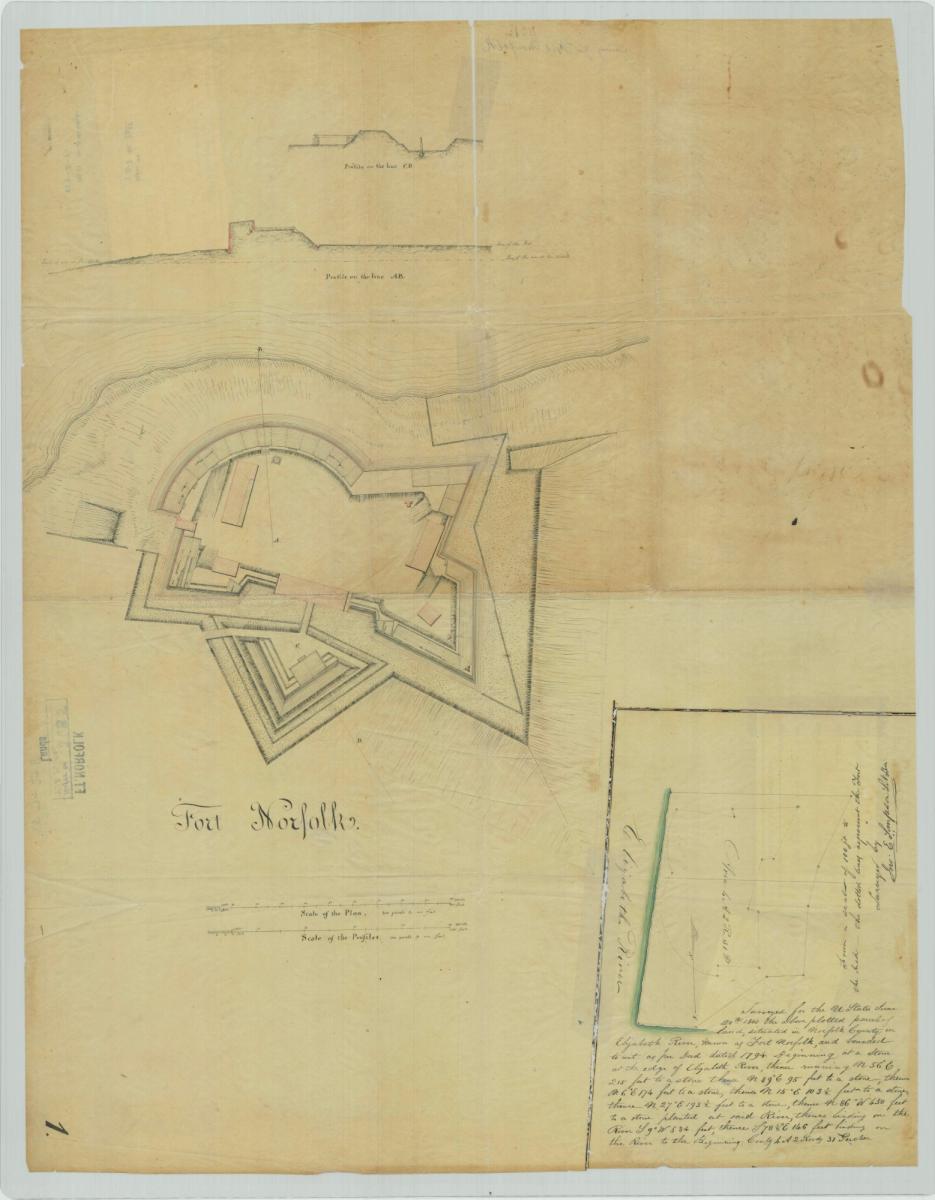 The Cartographic Branch holds thousands of plans relating to fortifications not only in the United States, but also around the world.  Maps and charts have always played an important role in the planning and execution of military operations, and military maps, nautical charts, and fortification plans form a significant part of the holdings in the Section. These documents can be found in numerous record groups, including the following:

Among military records, the most heavily referenced architectural drawings consist of plans of Army forts, hospitals, coastal defense batteries, and other military reservations. Created primarily by the Army Corps of Engineers (RG 77) and the Quartermaster General's Office (RG 92), these fortification plans primarily date from the earliest years of the country to the World War II period and constitute the largest such file in existence in the United States. The Corps of Engineers records also include large-scale engineering drawings of structures such as bridges, dams, and locks as well as plans of dredge boats used in river navigation projects. Numerous plans document U.S. Navy and Marine bases and facilities throughout the United States, the Caribbean, and other areas of the world from the mid-nineteenth to mid-twentieth century (RG 71, RG 181, RG 385).

The best resource for learning more about fortification charts, plans, maps, drawings, and other materials in the holdings of the Cartographic Branch is the Fort Topical Index.  The index is arranged alphabetically by facility name, and provides the record group and a link to the series in the catalog for each fort.

In addition to the information contained on the Fort Topical Index, there are a series of hardcopy forts binders located in the Cartographic Research Room in College Park, Maryland that provide item lists.  These binders are arranged alphabetically by fort name and also have a section for U.S. forts in foreign locations. A digital version of the fort binder is also available in our research room.

The series consists of the architectural and engineering drawings created and collected by the central office of the Bureau of Yards and Docks for Navy facilities worldwide. 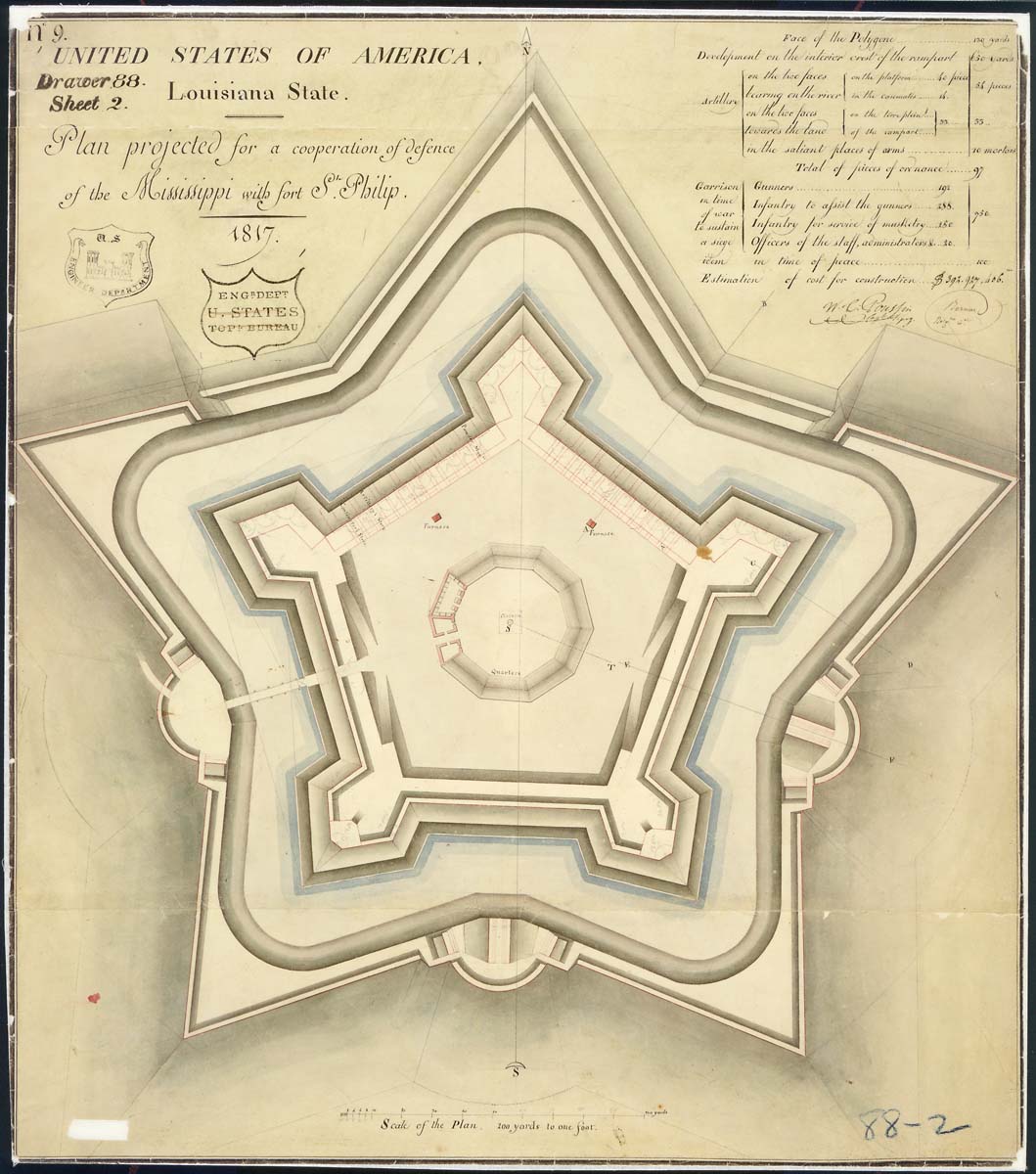 This series consists of plans, engineering drawings, diagrams, blueprints, maps, plats and sketches pertaining to military construction projects from 1790 to 1941. This series is partially digitized.  It includes plans of coastal and harbor defense fortifications along the Atlantic, Gulf of Mexico, and Pacific coasts of the United States and its Territories; plans of military forts, camps, and posts in the interior of the United States; and plans of fortifications in foreign areas, including: the Philippines, the Panama Canal Zone, and Mexico. Also included are plans for standard military equipment such as guns and other ordnance, floating batteries, pontoon bridges, barracks, officers' quarters, channel obstructions, construction equipment, and torpedoes. 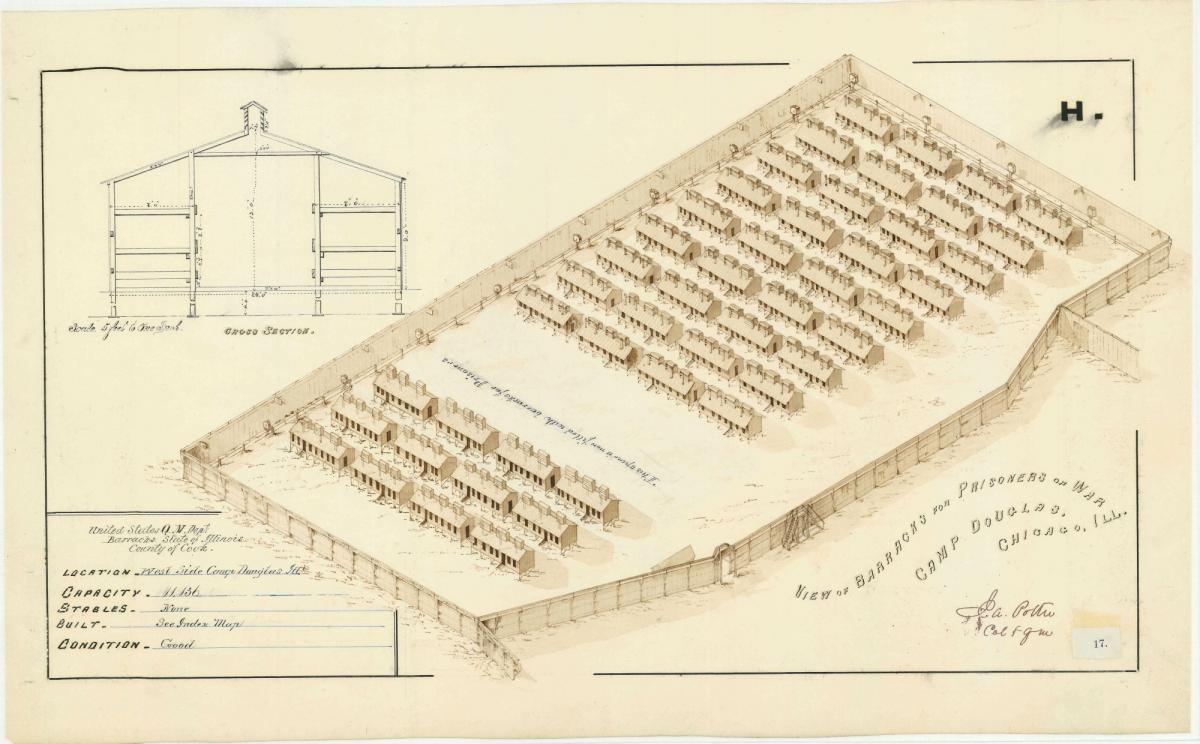 Also called “The Miscellaneous Forts File,” this series consists of maps and plans of military posts primarily in the western United States. Most of these plans were originally compiled by Army quartermasters at each post before the drawings were transferred to the custody of the Corps of Engineers. Included are detailed maps, architectural plans, elevations, sketches, diagrams, and views of buildings. Also included are plats of the posts. 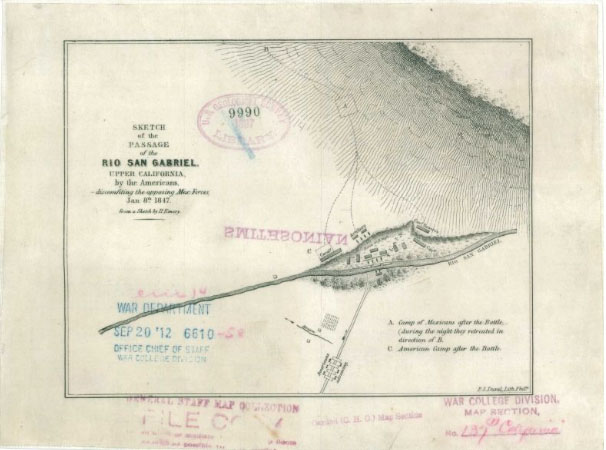 Sketch of the Passage of the Rio San Gabriel

The series includes manuscript and annotated maps compiled by Army units or accompanying reports of military intelligence attaches and observers. This series is partially digitized and available in the National Archives Catalog. Among the maps are maps and plans depicting the boundaries of U.S. military reservations; Latin American railroads and air routes; areas of labor unrest and communist activity in the 1920s in the United States and Eastern Europe; and troop movements in the Spanish-American War in Cuba and the Philippines, the Philippines Pacification, the Russo-Japanese War in China, World War I in France, the Mexican Civil War, the Russian Civil War, and other military events. Also included are maps of the United States showing Army installations and territorial commands. 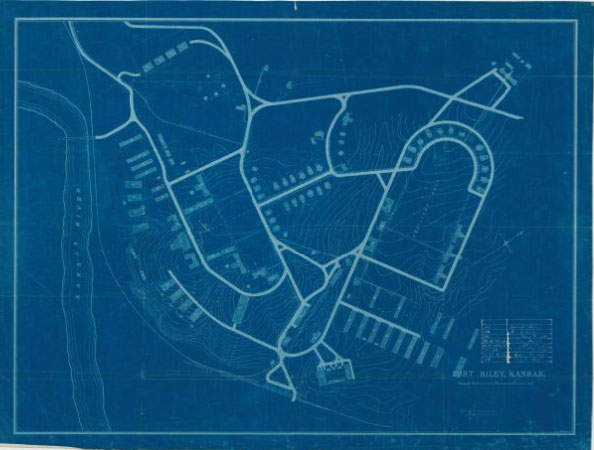 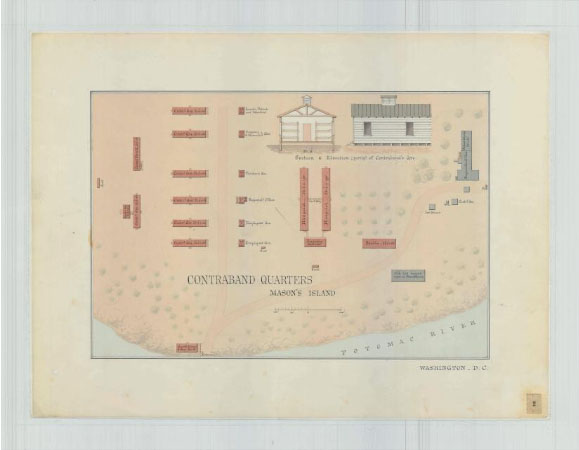 This series consists of manuscript and annotated maps and fortification plans. The majority are large-scale plans drawn during the Civil War of barracks, stables, forts, hospitals, and other buildings used by the Quartermaster Corps. It includes a set of 183 Civil War-era watercolor plans of barracks in the District of Columbia and 84 plans of facilities in Arlington and Alexandria, Virginia. Other items include post plans in the Territory of Michigan, Wisconsin, and Minnesota, and post plans of California dated in the 1870s. A few general maps and miscellaneous plans of railroad terminals also are included. 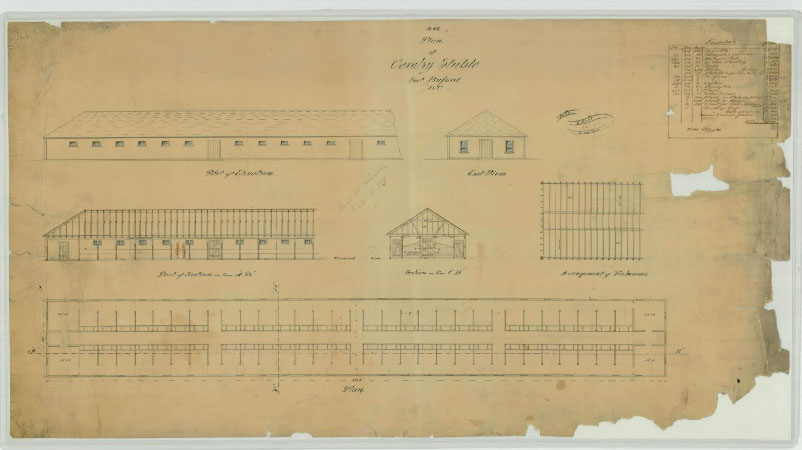 This series consists of plans, diagrams, and maps of military posts, post buildings, and reservations.  These drawings include elevations, plans and diagrams, plat drawings, and maps relating to the postal service.