The Cartographic Branch holds over 8,000 maps, charts, and plans relating to the Civil War. These records cover a wide range of subjects, including battles and skirmishes, fortifications, supporting facilities such as cemeteries and hospitals, and ship plans. They include manuscripts, printed, and published materials. Many of the published maps are annotated to show troop movements or positions.

The vast majority of the maps and records are Federal in origin, and were created by or for Union forces or other US government agencies. Many of the records date to the war itself, although some items also date to the post-war era, particularly maps made to accompany official government publications and reports. The holdings also include some Confederate maps and records. 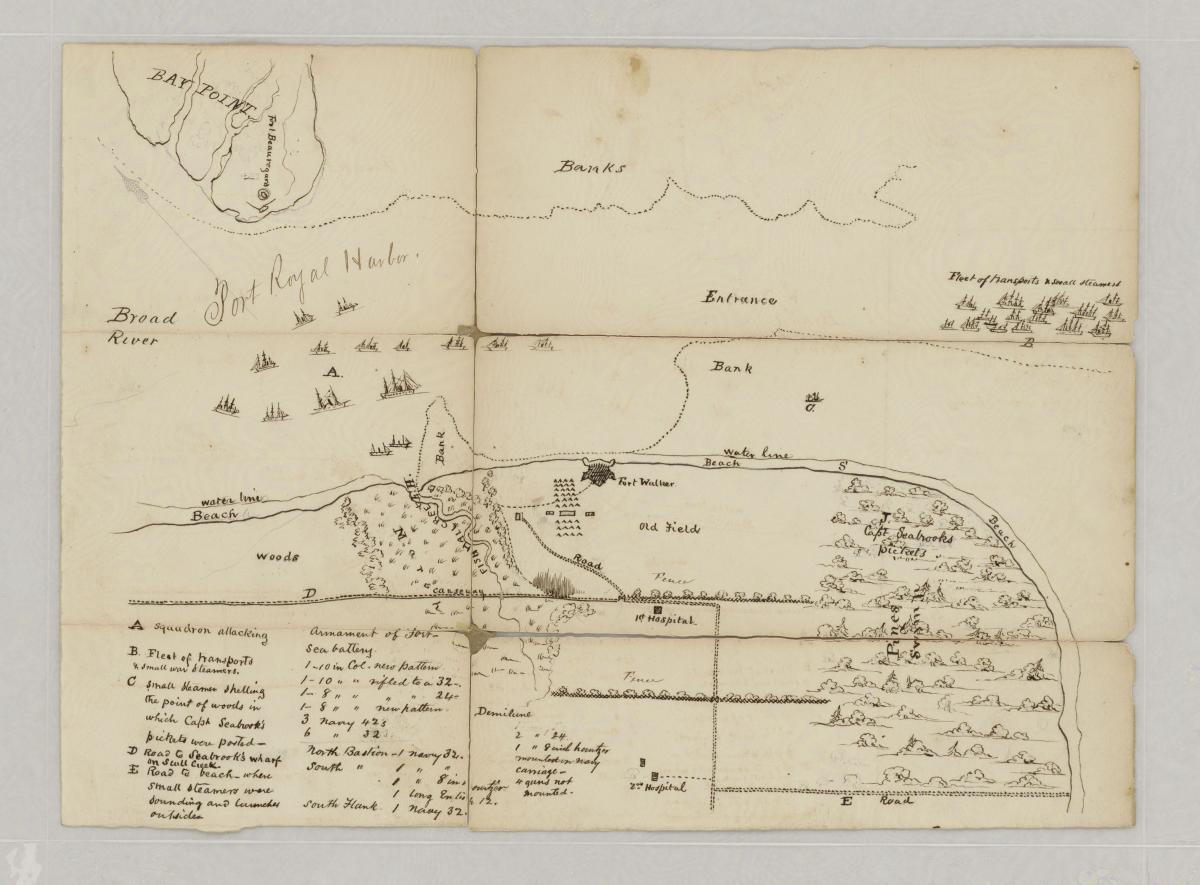 The best overall resource for learning more about Civil War records held by the Cartographic Branch is the Guide to Civil War Maps in the National Archives. Additional finding aids and resources are available in the Cartographic Research Room in College Park, Maryland. 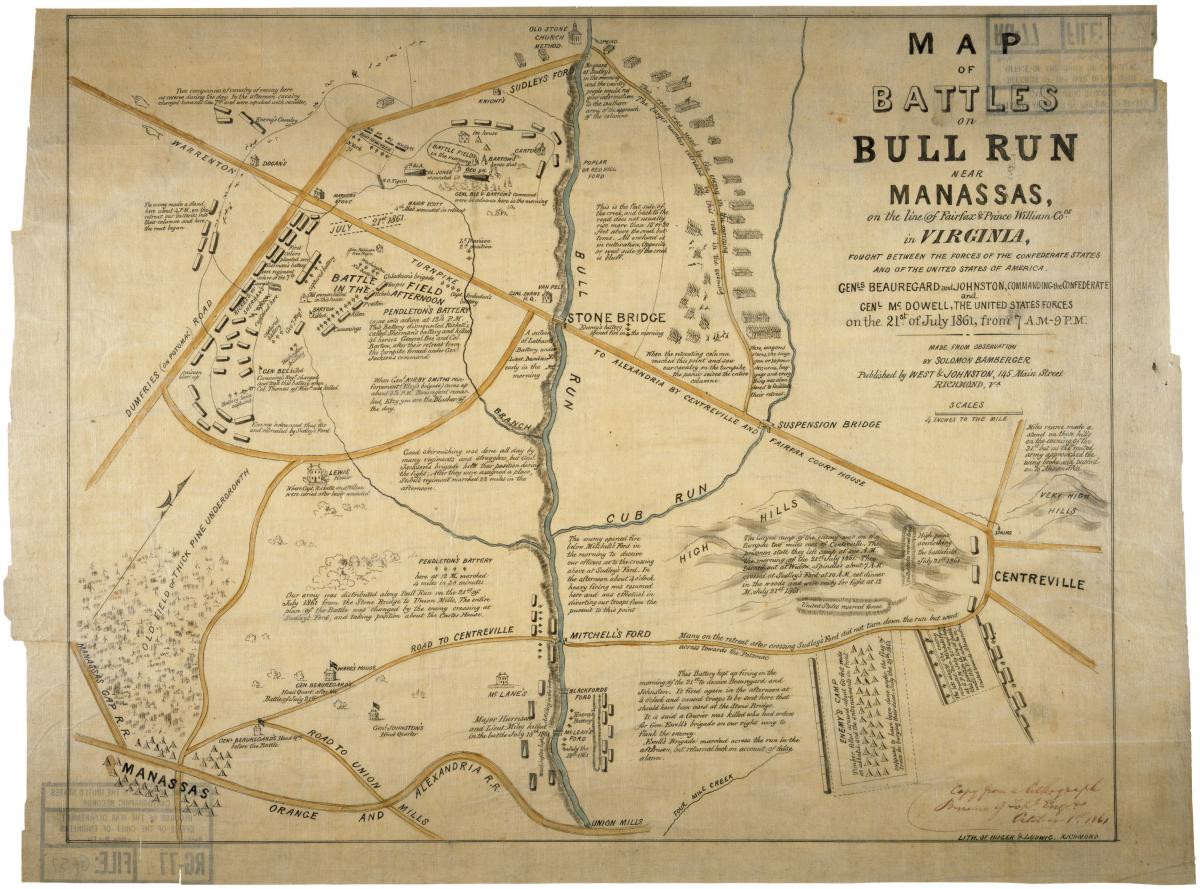 Map of Battles of Bull Run near Manassas

Military maps, covering battles, skirmishes, campaigns, marches, and defenses can be found in many records series, including:

The maps include hand-drawn sketches and manuscripts, printed, published, and copied maps, and printed maps annotated to show troop locations or movements. Some maps were created after the Civil War using earlier sketches and notes.

Plans for Civil War Forts and Other Structures 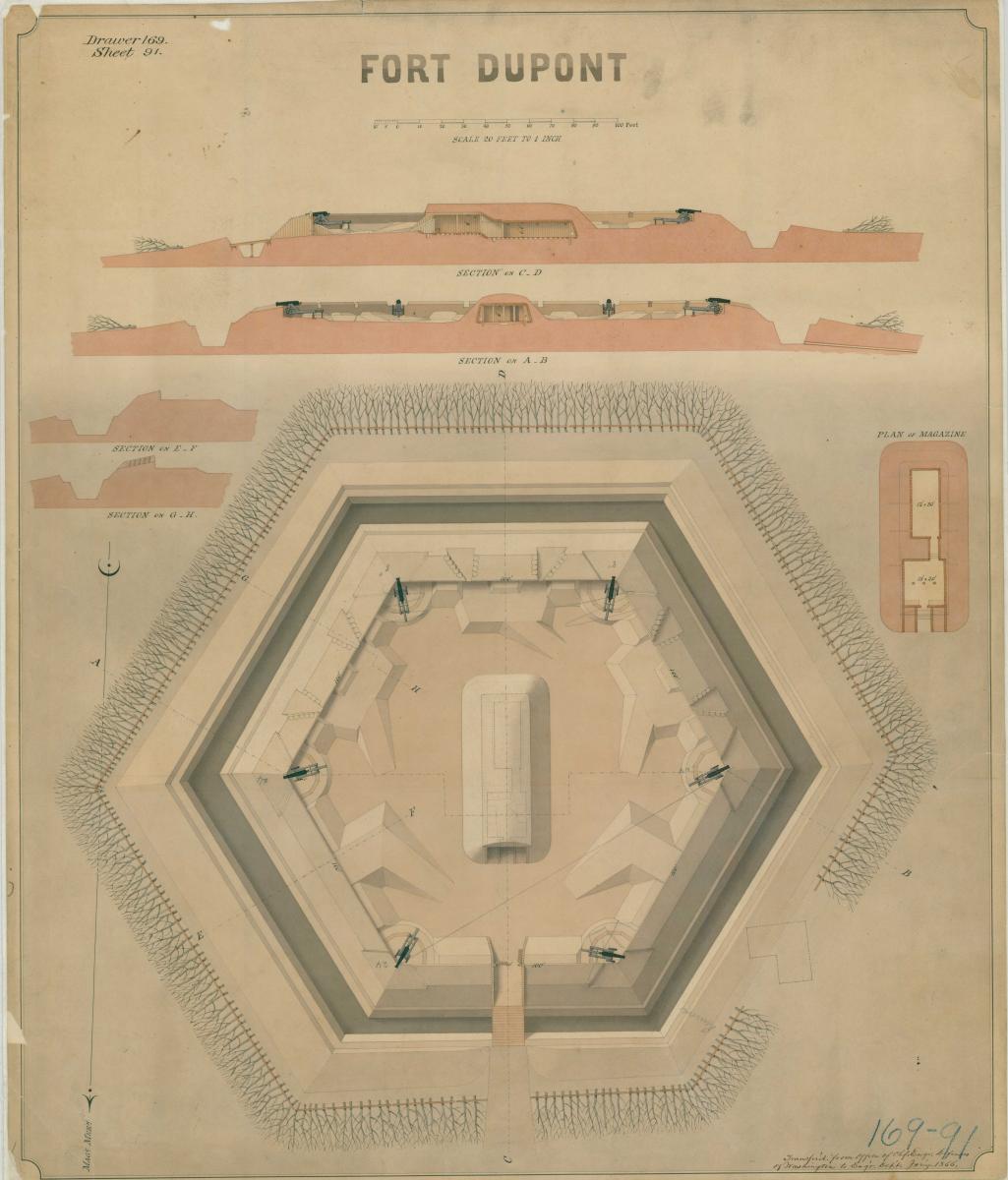 Cartographic’s holdings include numerous plans for Civil War era forts and fortifications. The majority of these can be found within the RG 77, Fortification Map File, but others can also be found within the following series: RG 77, Plans of Military Posts in the United States (Miscellaneous Fortification File). Union forts are mainly represented, although some Confederate fortifications are also included, especially if Union troops eventually occupied these defenses, or if they were originally constructed prior to the Civil War. The plans show earthworks, defensive lines, and forts. Many also show barracks buildings, support structures, artillery emplacements, redoubts, and blockhouses associated with forts. The RG 92, Post and Reservation Maps series also includes similar plans for support structures, which cover quartermaster facilities such as barracks, stables, army camps, recruitment centers, prisoner depots, refugee and contraband quarters and camps, hospitals, and supply depots. Maps showing locations of quartermaster facilities are also often included. Plans for numerous Civil War era national cemeteries can be found within RG 92, Maps and Site Plans of Civil War National Cemeteries. For further information, see our section about Fort Plans. 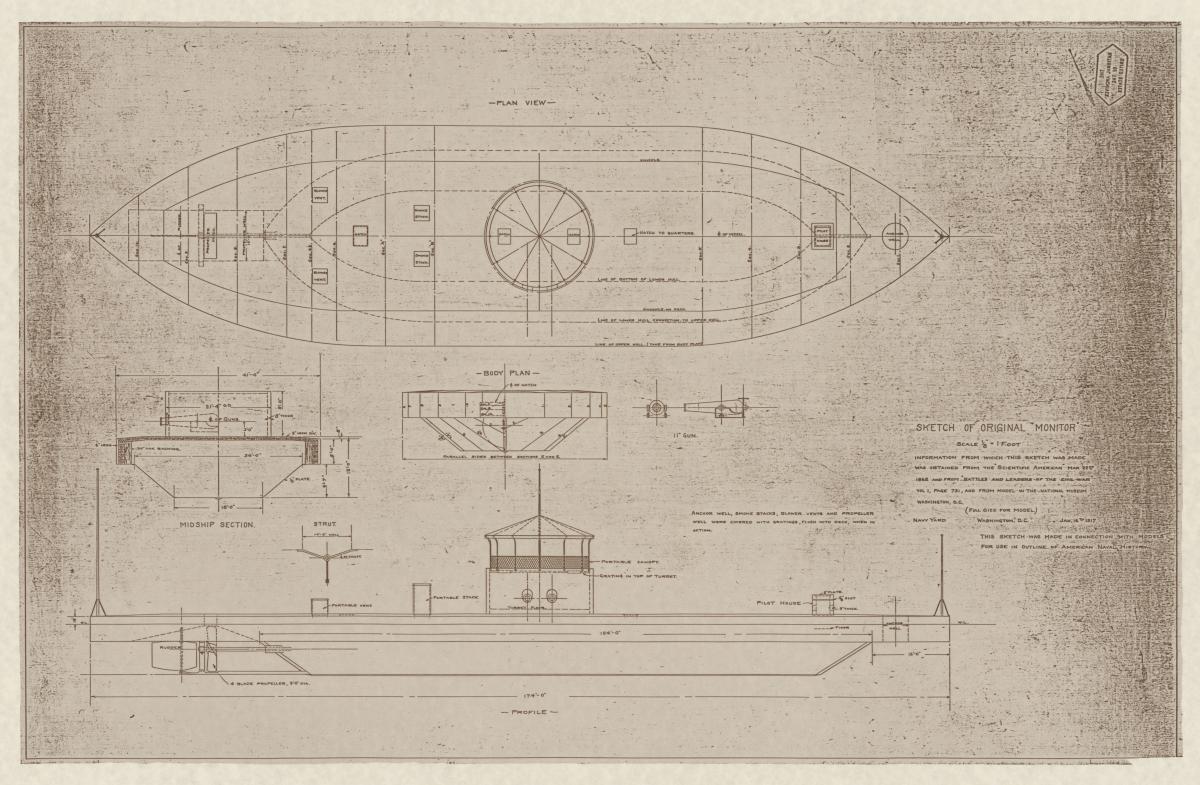 Ship plans for Civil War era vessels, including gunboats, monitors, and ironclads, can be found mainly within:

Some Confederate vessels are represented within the holdings, but most relate to Union vessels. Additionally, the series RG 19, Ship Engineering and Mechanical Drawings (BSE) contains plans relating to Civil War era gunboats and monitors. Information about the USS Monitor can be found within RG 370, Records Relating to the Discovery of the Wreck of the USS Monitor. See our section on Ship Plans for further information.