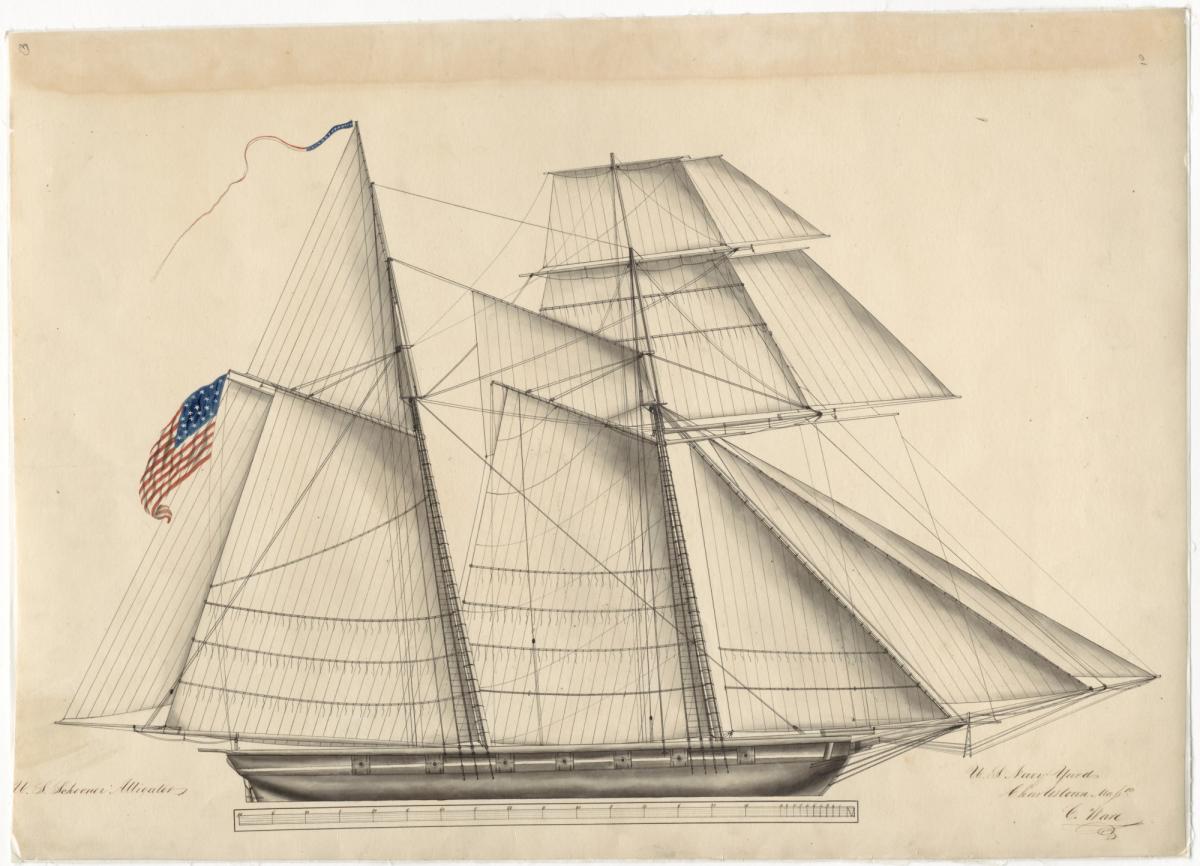 The National Archives’ Cartographic Branch holds ship engineering drawings for a majority of vessels commissioned by the United States Navy dating from the 1790s through the Korean War era. These drawings mostly consist of inboard and outboard profiles, deck plans, and sections, although additional general arrangement drawings exist for some ships.

The majority of ship plans held by the Cartographic Branch can be found within Record Group (RG) 19. Established in 1940, the Bureau of Ships was responsible for the construction and maintenance of the ships of the US Navy. The Bureau of Ships absorbed the previous Bureau of Engineering and the Bureau of Construction & Repair, so this record group also includes many ship plans dating earlier than 1940. One of the most useful types of records contained within these series is the booklet of general plans created for each ship. These booklets were most often produced in the WWII-era. They usually contain inboard and outboard profiles of the ship, as well as deck plans, which provide a comprehensive overview of the shape, layout, and dimensions of the ship. 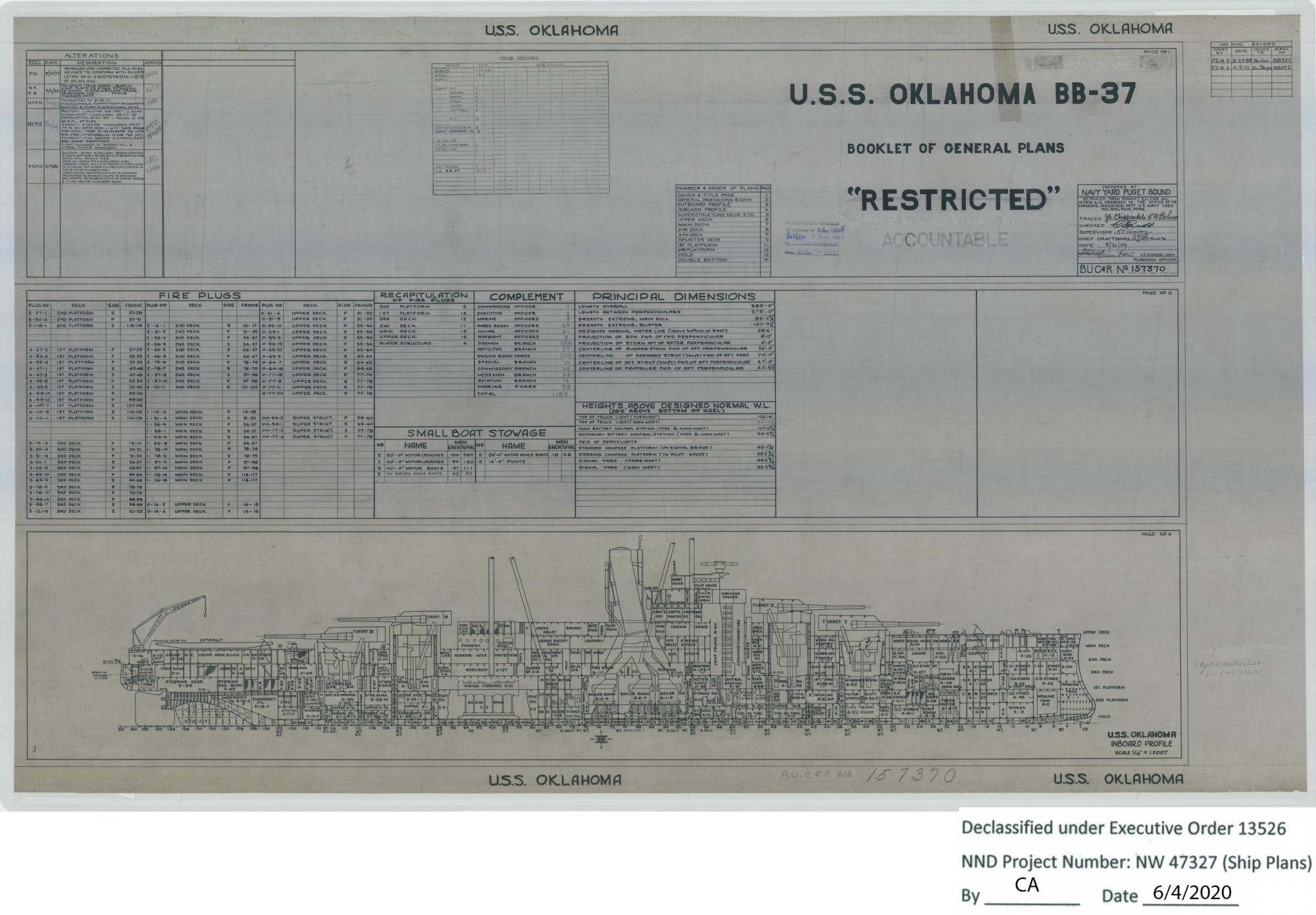 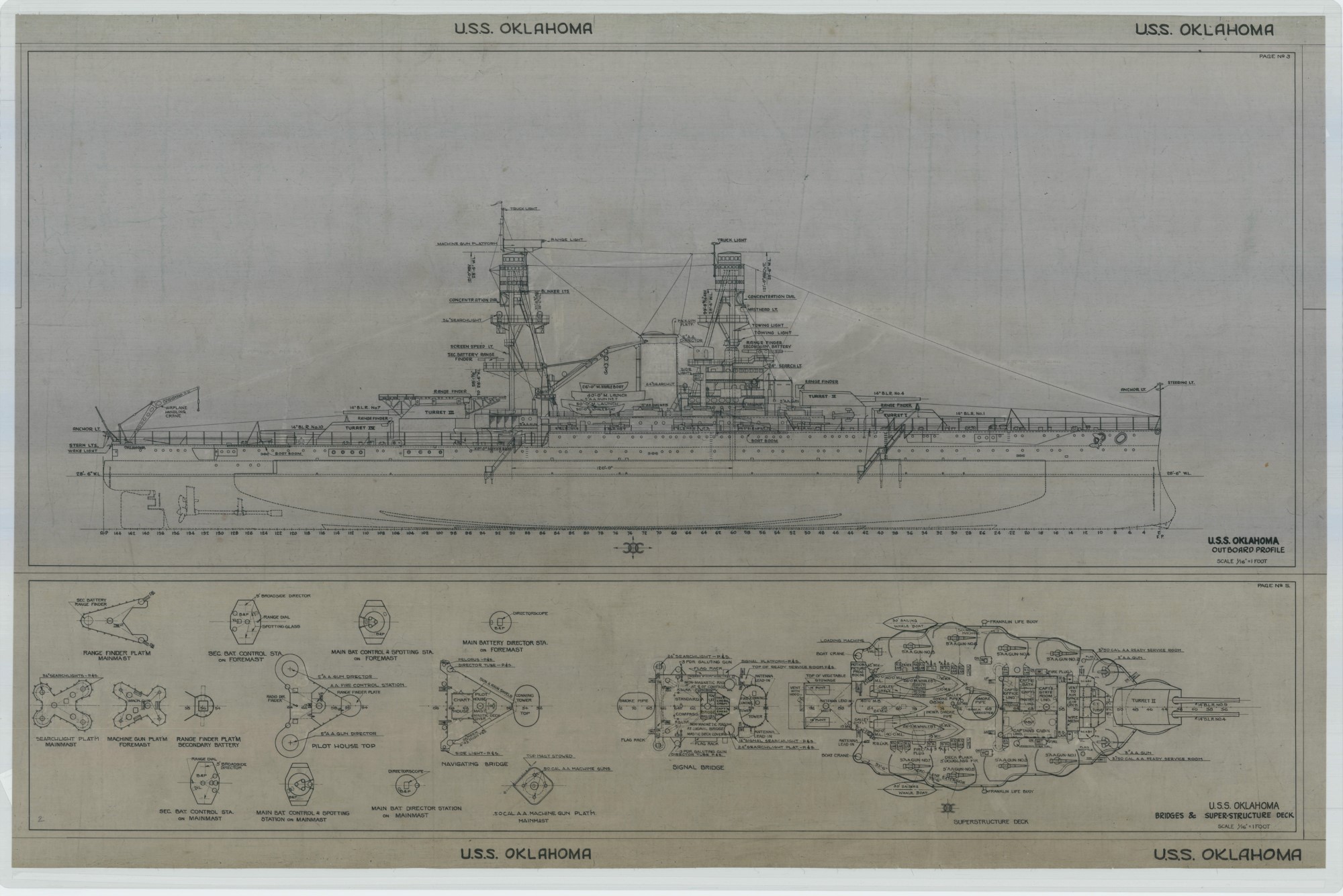 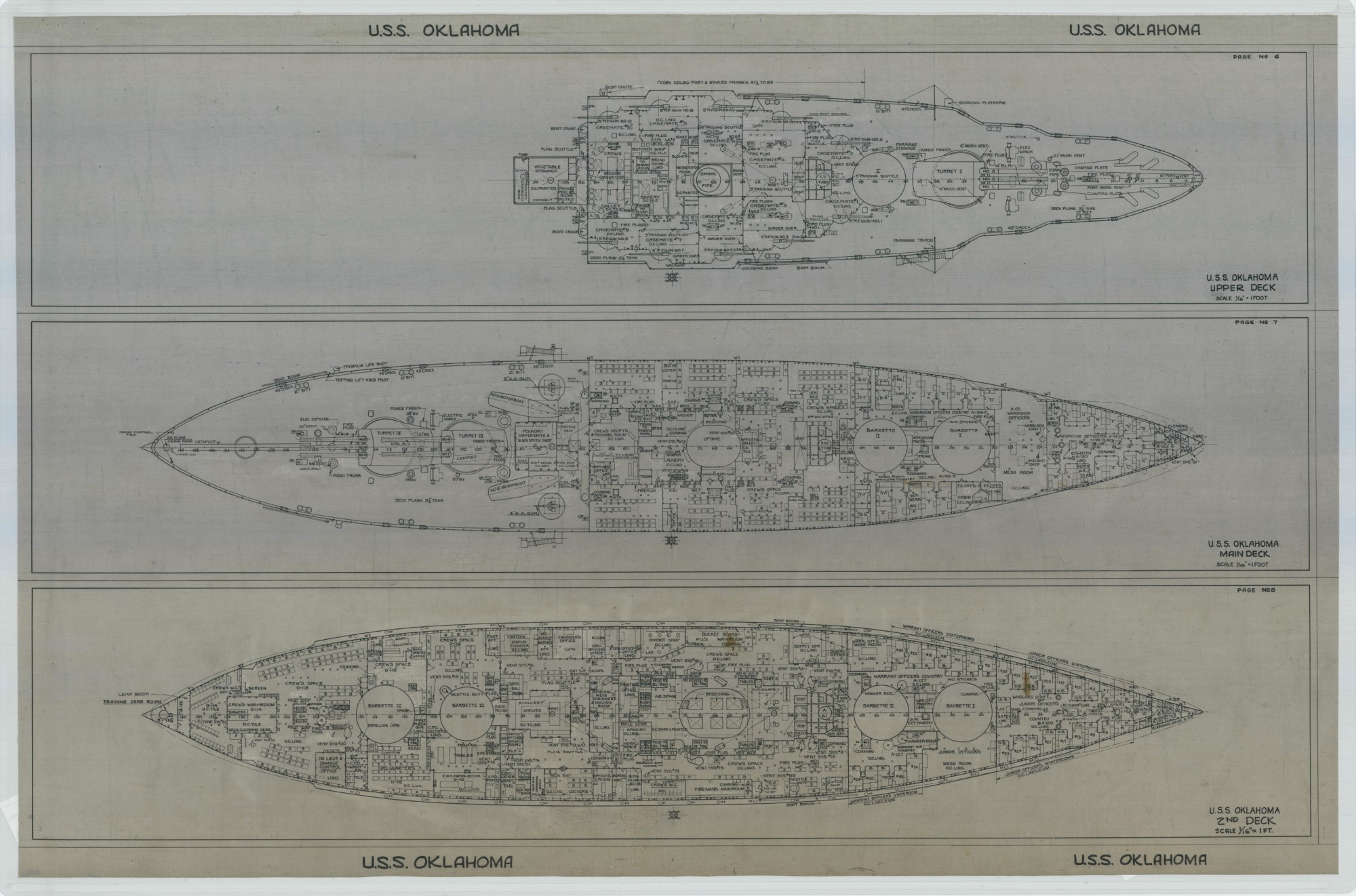 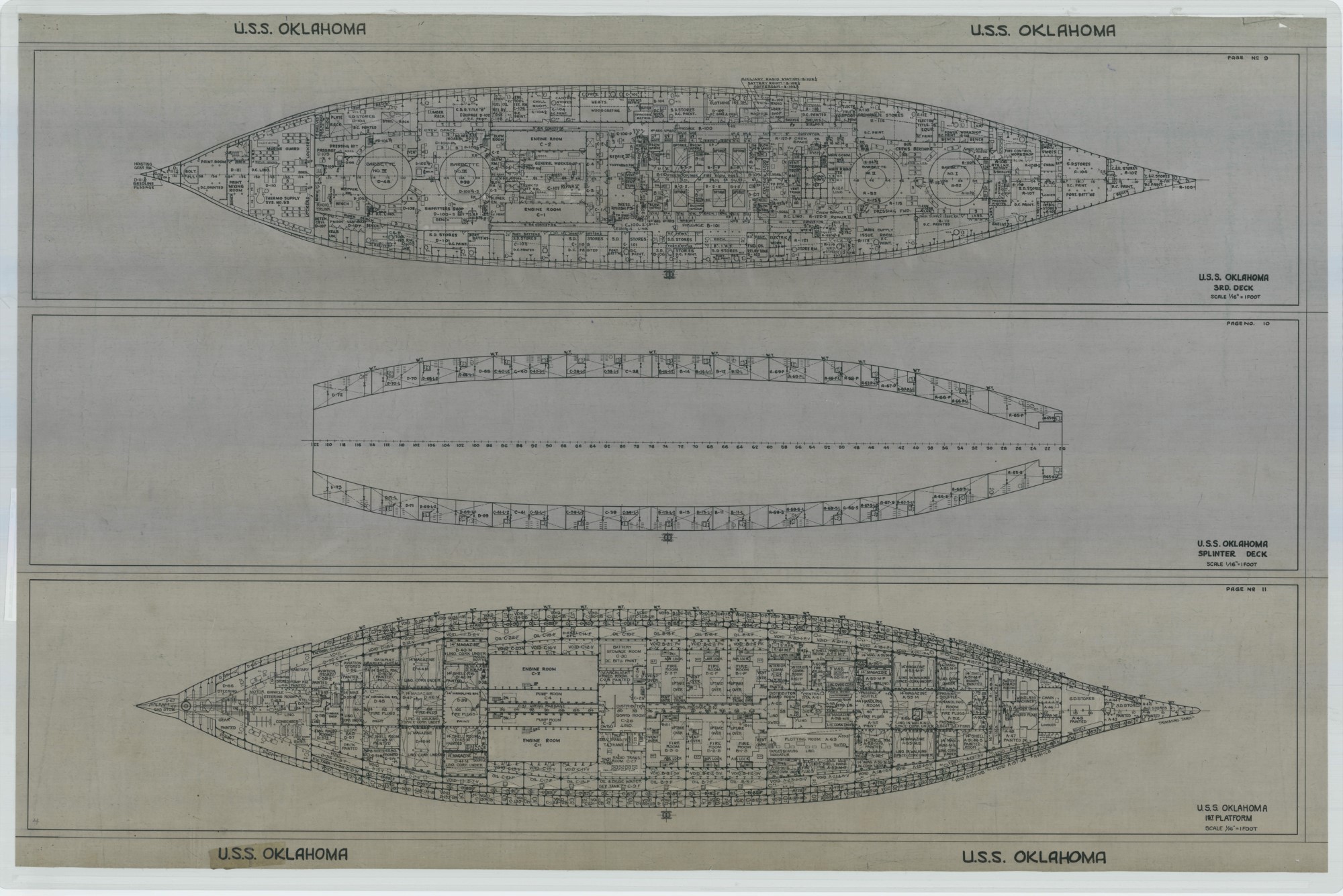 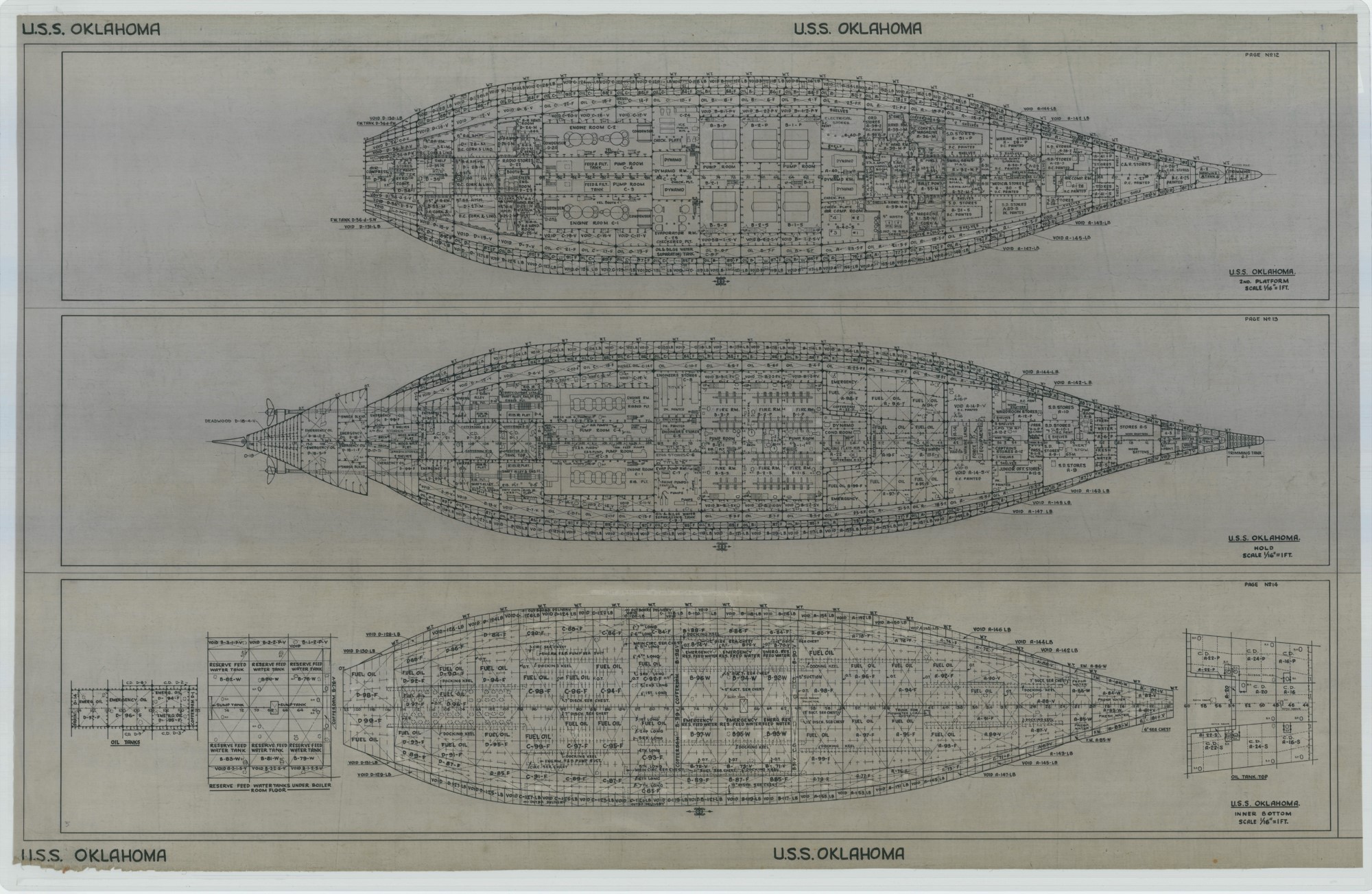 The three primary series of ship plans within RG 19 are:

This series is subdivided into rolled and flat sub-series of plans. The flat plans have been fully digitized and are available in the catalog. Rolled plans can be requested in the research room.

These plans can be requested in the research room by citing the Hull series and the ship’s hull number.

These plans are organized according to a Navy-assigned “dash” number. In order to locate specific plans, consult the dash file index cards, available on request in the research room, or in the catalog under: Index to Ship Design and Construction Drawings, 1862 - 1909.

Secondary series within RG 19 typically cover specific time periods, types of plans, or organizations within the Navy. These plans are primarily useful if there aren’t plans available in any of the primary series In particular, the microfilm series can contain copies of more detailed plans that were often later disposed of by the Navy as temporary records, including details on insulation or lagging.

This record group contains ship plans for the numerous types of cutters, lightships, and auxiliary vessels employed by the Coast Guard, and the former Revenue Cutter Service, Life-Saving Service and Lighthouse Service. In order to request plans of a Coast Guard vessel, The name (if available), the hull number, and the length of the vessel are typically required to request these records. These details can be found in finding aids available in the  Cartographic Research Room in College Park.

Battleship Disguised as an Island