The collections of the Still Picture Branch include several series that illustrate the experiences of Native Americans in the United States. The bulk of these images can be found in the Record Groups associated with 15 principle agencies, including the Bureau of Indian Affairs, the Bureau of American Ethnology, and the United States Army. Though relevant materials may be clustered in these record groups and in a small group of donated collections, related series may be found throughout Still Picture Branch holdings.

Captions provided with these images were created at or about the time each image was made. Consequently, some of the terms used may now be considered outdated, inaccurate, derogatory, disrespectful, or culturally insensitive. Spellings used may also be outdated or no longer considered accurate. NARA does not alter, edit, or modify original captions, as they are part of the historical record and reflect and document the standard language, attitudes, and biases at the time. To learn more about this topic researchers should contact the individual tribal archives, museums, or libraries. For a list, see the National Directory of Tribal Archives, Museums and Libraries.

A curated listing of digitized Still Picture holdings related to Native Americans was created in the late 1980s/early 1990s and is available online, however the images listed are only a small subset of the materials available. 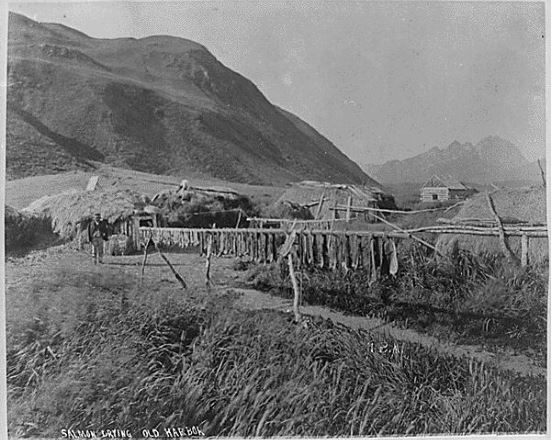 RG 22: Records of the U.S. Fish and Wildlife Service

Photographs in this record group consist of images of fishing, food preparation and other activities of Native Americans. A notable series in this record group is 22-FA: Albatross Cruises from the West Indies through the Strait of Magellan then to Northern California and Along the West Coast to Alaska, 1887-1893

RG 29: Records of the Census

Though images related to the Native American experience may be found in multiple series in the records of the Census, the majority of the relevant records can be found in 29-NR: Navajo Indian Enumeration

RG 30: Records of the Bureau of Public Roads

Photographs in this record group include a wide range of images of Native American people, activities and associated sites. It is worth noting that while most of the images depict activities within the United States, some photographs depict international locations associated with indigenous communities such as Inca ruins in Peru. A relevant series from within the Records of the Bureau of Public Roads is 30-N: Historical Photograph Files, 1896-1963

RG 48: Records of the Department of the Interior

RG 56: Records of the Department of the Treasury

A notable series within the Records of the Department of the Treasury is 56-ID, Photographs of Indian Delegates, 1875, which contains portraits of representatives from the Cherokee, Chickasaw, Creek, Klamath, Modoc, Seminole and Siletz tribes, including Toby Riddle of the Modoc. 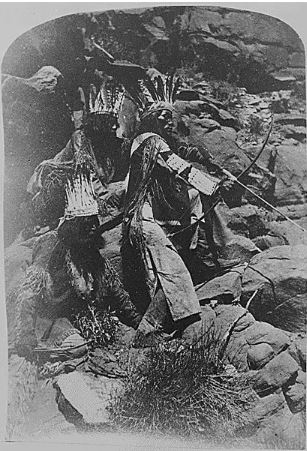 Photographs in record group 57 include many images taken during various surveys conducted during the late 19th and 20th centuries. Photographs of Native American people, homes, activities and culturally significant locations from throughout the United States such as the Hovenweep National Monument can be found within this record group. Notable series include

RG 75: Records of the Bureau of Indian Affairs

Record Group 75 contains, by far, the most photographs relating to Native Americans in the Still Picture Branch of the National Archives. Images in RG 75 depict many aspects of Native American life and culture in many settings and across various eras. Some of the series in RG 75 are organized by tribe and/or location and can be searched accordingly, such as in series 75-N, General Photographs of Indians, 1900-1957. Researchers can also explore over 18,000 RG 75 photographs through an engaging and easy-to-use online experience: the Bureau of Indian Affairs Photographs Finding Aid.

Although Native Americans are not the primary focus of the photographs in RG 79, the record group does contain many relevant photographs including images of tribal leaders of the Apache, Shoshoni, Pueblo, Cherokee and Navajo. Two portraits of Geronimo can be found in series 79-G, General Photographs of the National Park Service - Historic Photographs File, ca. 1880 - ca.1962. Another series of note is 79-HPS: Henry Peabody Collection, 1959-1960, which is fully digitized and available online. This series contains photographs taken between 1890 and 1935 and depicts many tribal communities including the Hopi, Pueblo and Kiowa among others.

RG 80: General Records of the Department of the Navy

The photographs in RG 80 are useful for researching Native American men and women who served in the United States Navy. 80-G: General Photographic File of the Department of the Navy

RG 83: Records of the Bureau of Agricultural Economics 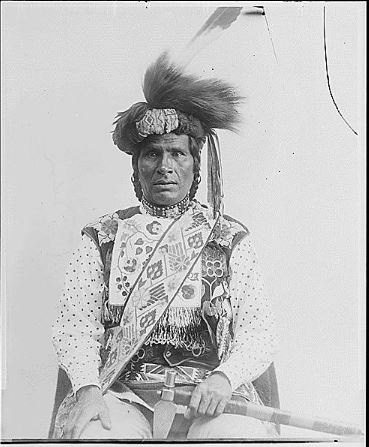 RG 106: Records of the Smithsonian Institution

Photographs in RG 106 were primarily collected by the Smithsonian Institution and the Bureau of Ethnology and cover a wide range of subjects relating to Native Americans mostly during the late 19th and early 20th centuries. Relevant series within Record Group 106 include: 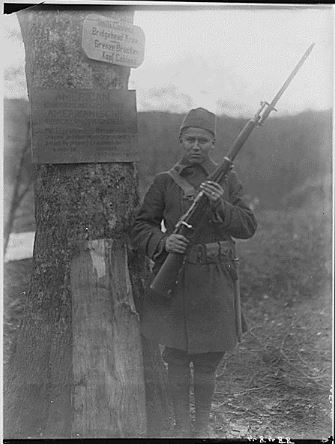 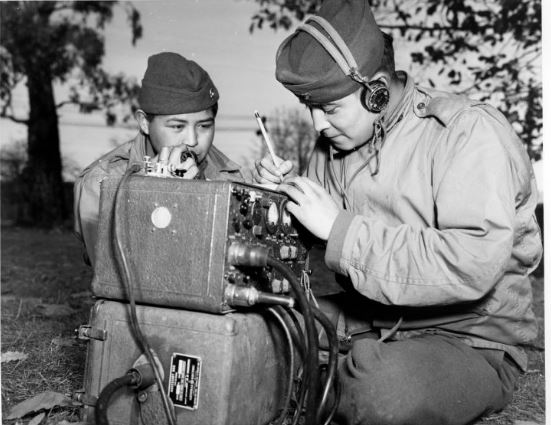 RG 126:Records of the Office of the Territories

The photographs in RG 126 depict people and scenery from U.S. territories such as Puerto Rico, Hawaii and Alaska. Photographs of Native Americans in Alaska can be found in series 126-ARA: Views of the U.S. Government Alaska Railroad and Other Alaskan Pictures, 1915 - 1920

RG 165: Records of the War Department and General Staffs 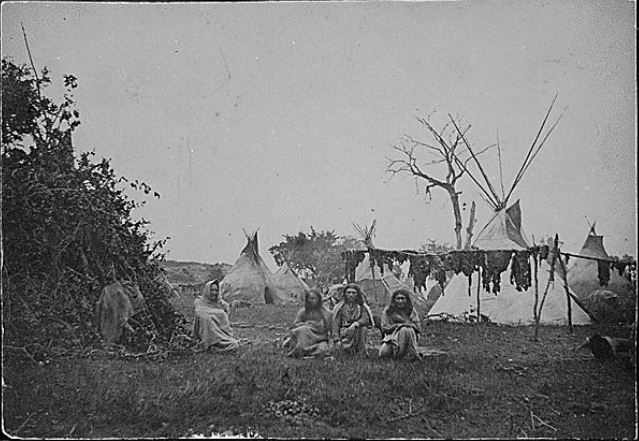 The photographs in record group 165, relative to Native Americans, mostly consist of individual and group portraits from the late 19th century. The following series are all fully digitized and available online. 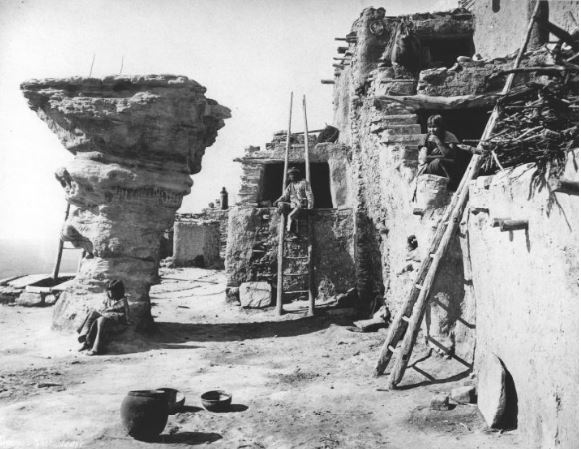 Record group 208 contains photographs of Americans, particularly during WWII, and depict images from articles and stories focused on those that served in the armed forces and that helped the war effort in a variety of ways, with some stories focusing specifically on Native Americans. Relevant series within this record group are 208-LU: Photographs Depicting “Life in the United States”, 1942-1946 and 208-N: Photographs of Allied and Axis Personalities and Activities, 1942-1945 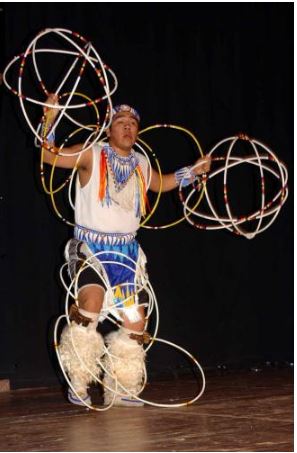 RG 435: Indian Arts and Crafts Board 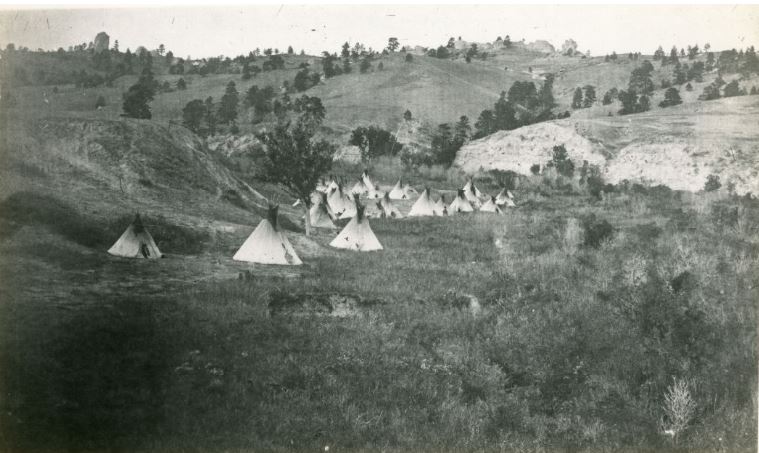