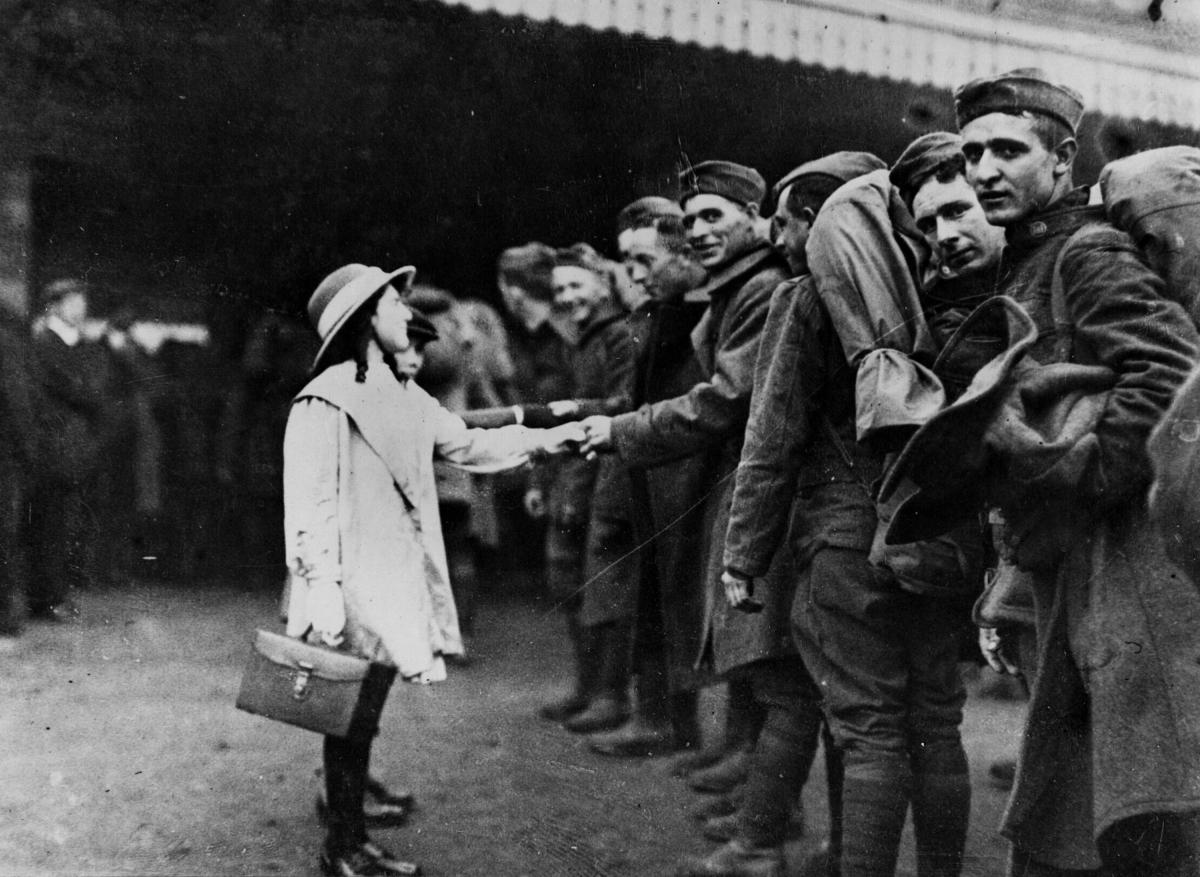 The first and second World Wars are by far the most heavily covered subject matter within the holdings of the Still Picture Branch. Millions of photographs were created by American military photographers, foreign militaries, and private sources documenting personnel, combat, training, facilities, equipment and the homefront. In addition to photographs, thousands of posters were generated

Photographs can be found in the various Record Groups assigned to each military branch as well as the War Department. Below is just a sample of series available. 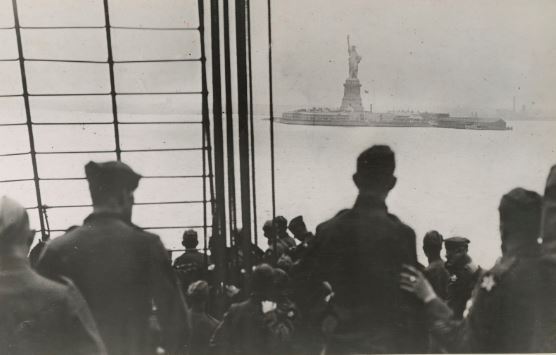 Series 165-WW.  This series consists of black-and-white photographs collected from private sources, the U.S. Army Signal Corps, and other Federal and State agencies. Subjects include A.E.F. activities, wartime industries and other activities on the homefront. 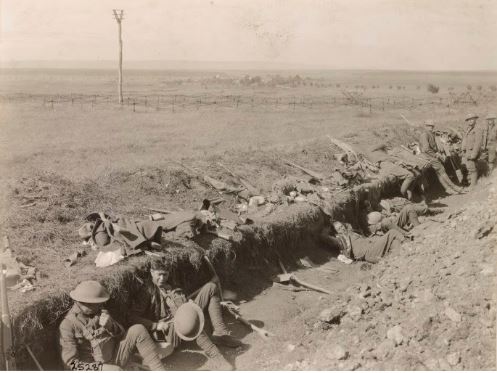 Series 111-SC.  The World War I section of this series consists of black-and-white photographs taken by official U.S. Military photographers or accumulated from other government sources, foreign countries and private sources. Subjects include American Expeditionary Forces, soldiers of Allies and Central powers, battles, battlefield areas, havocs of war, and personalities. The vast majority of the World War I section has been digitized. See the guide to A.E.F. photographs.

General Photographic File of the Department of Navy

Color images can be in series 80-GK. 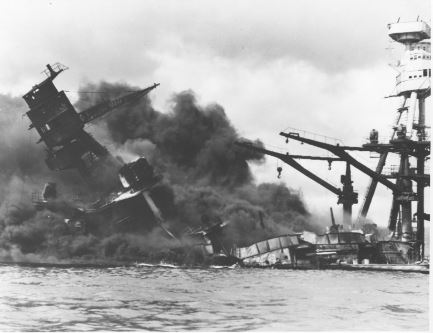 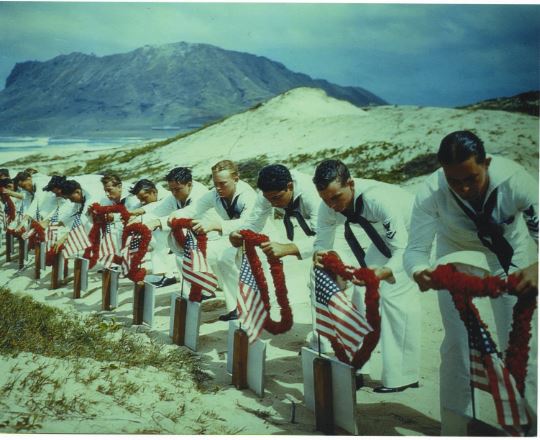 Series 111-SC.  The World War II section of this series consists of photographs documenting U.S. military activities at home and abroad, Allies and Axis forces, major battles, destruction, the war effort on the homefront, and significant events, including the Holocaust, war crimes trials, and prisoner of war exchanges. 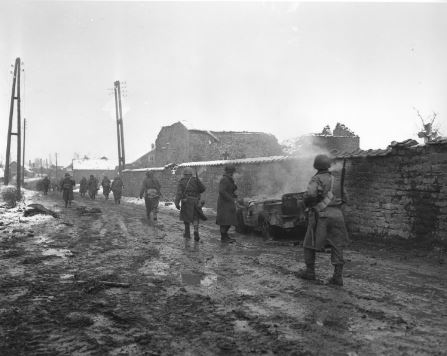 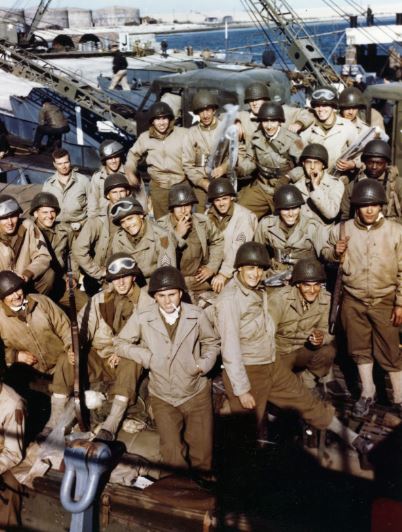 Photographs of the Allies and Axis

Series 208-AA.  Photographs in this series were taken by OWI Domestic Branch and Overseas Branch photographers, U.S. military photographers, and private sources. Subjects cover all aspects of U.S. ground, air and sea operations as well as activities on the homefront. 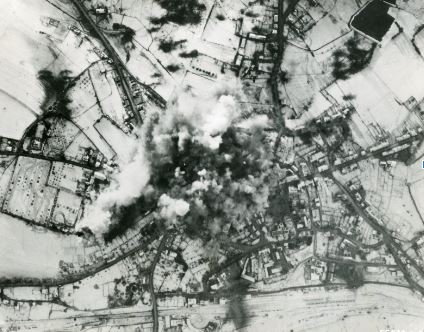 Series 342-FH.  This series consists of photographs documenting activities of the U.S. Army Air Forces. Subjects include aircraft; crews and units; fields and installations; aircraft maintenance; transportation; reconnaissance; bombing and strafing; prisons and prisoners; captured materiel; medical care; and combat action. A large portion of the World War II section has been digitized by FOLD3 and is available for free through their website.

Series 127-GW.  This series consists of photographs documenting combat and non-combat activities of the Marine Corps, mostly during WWII. 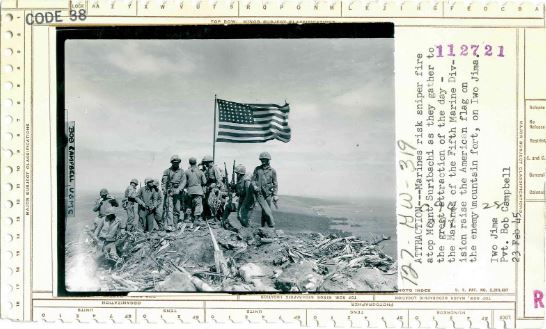 Construction and Launchings of Ships

Series 19-LCM.  This series consists of black-and-white photographs taken by shipbuilders, the Bureau of Ships, and the Bureau of Aeronautics, and document the construction, repair, and sea trials of ships of the United States Navy. The photographs were taken prior to, during and after World War II. 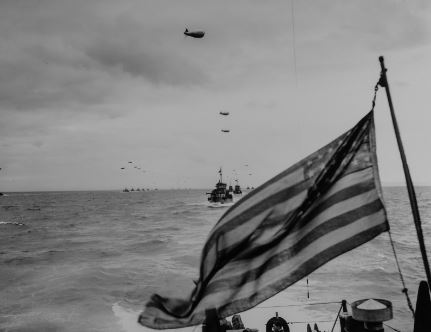 Series 26-G. This series consists of U.S. Coast Guard photographs documenting activities prior to, during and after WWII. The WWII section covers combat, in the Atlantic and Pacific, including some famous views of the Normandy invasion.

World War I and II Posters

Series 44-PA.  Posters from various federal agencies, assembled by the Division of Public Inquiries, Office of War Information, and used to promote the war effort. 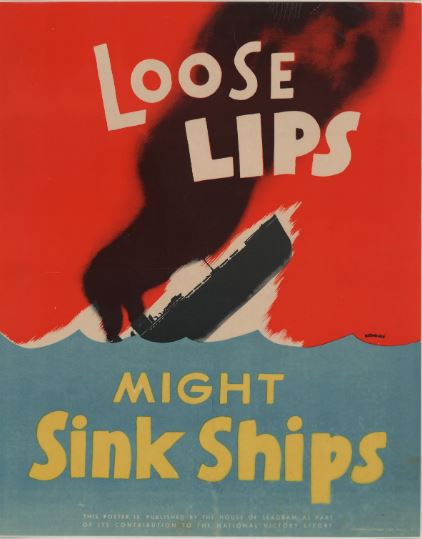 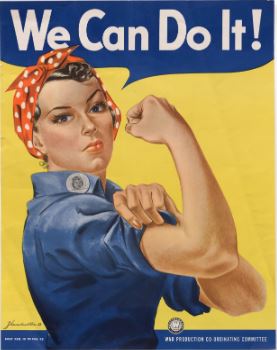