Coming up in October, the National Archives hosts its first Virtual Pajama Party. This online event, for children aged 8–12 and their families, will focus on Jackie Robinson's baseball career and commitment to civil rights activism. Staff have also prepared a variety of collections, exhibits, and resources with which people can engage from home as they continue to work and learn remotely.

This week, you can see more than 11,000 images of wildlife from the U.S. Fish and Wildlife Service, get the answer to our Question of the Week, or preview the new design of the Harry S. Truman Presidential Library and Museum. You may also want to learn how Navy Nurse Corps records may aid your family research, or watch a 2017 program on Women in the Supreme Court.

Thank you for your continued support of the National Archives. Please stay safe.

Even though our research rooms, museums, and Presidential Libraries remain closed due to the ongoing health crisis, many of our resources are available online. Our staff put together a selection of activities accessible from home. 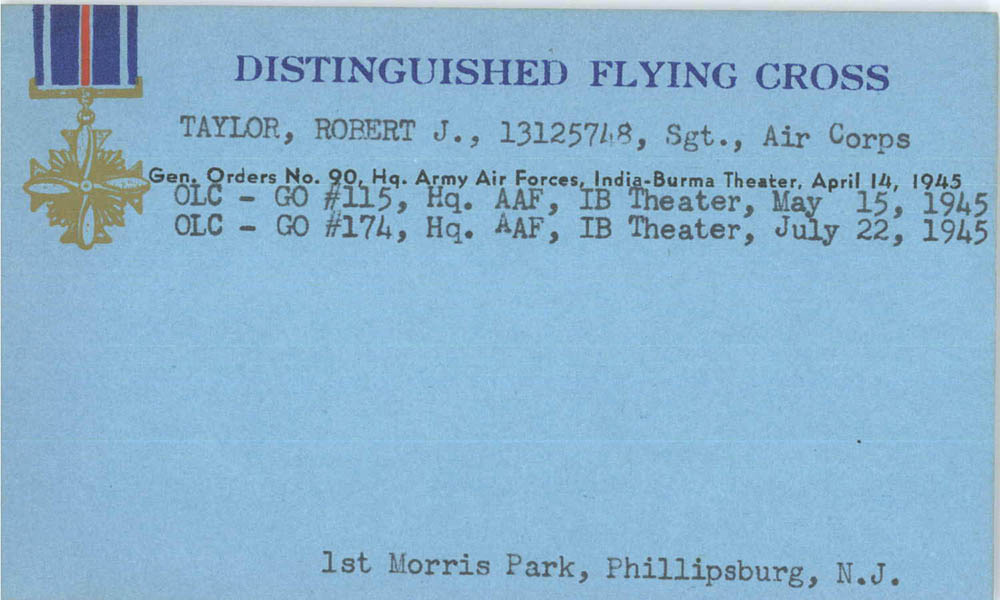 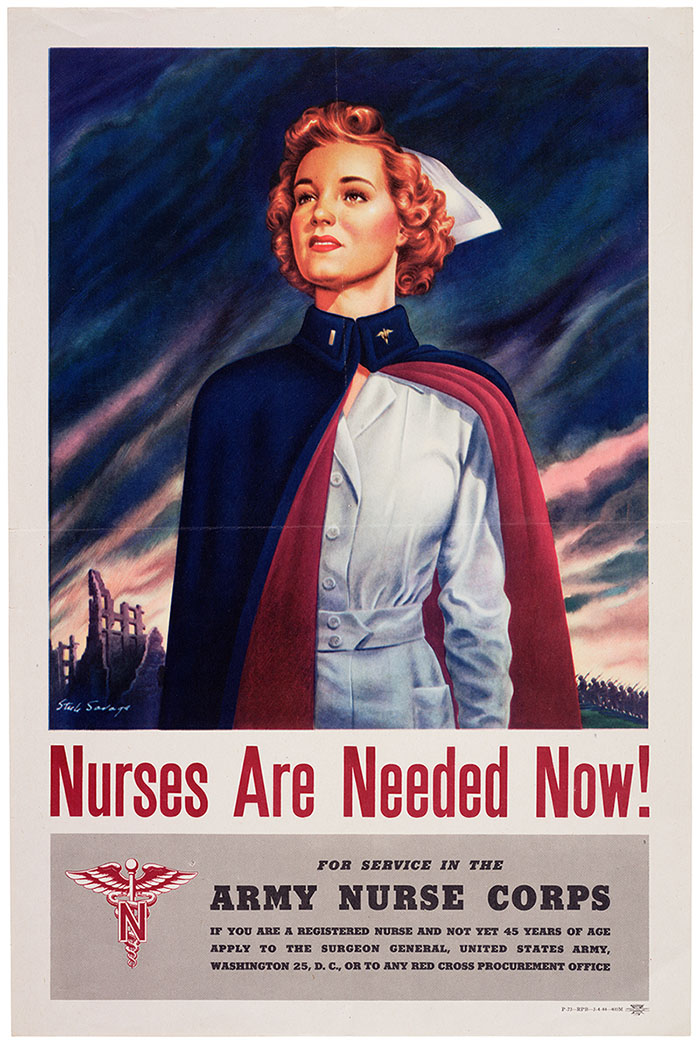 During war and peacetime, military nurses tended to the medical needs of the United States Armed Forces stateside, overseas, and on the front lines.

This presentation provides information about our Navy Nurse Corps and Army Nurse Corps records, which contain genealogy-rich information including place and date of birth, photographs, handwritten letters and typed correspondence to friends and families, awards and citations earned, job duties, facts pertaining to deaths in service, beneficiaries, and more. 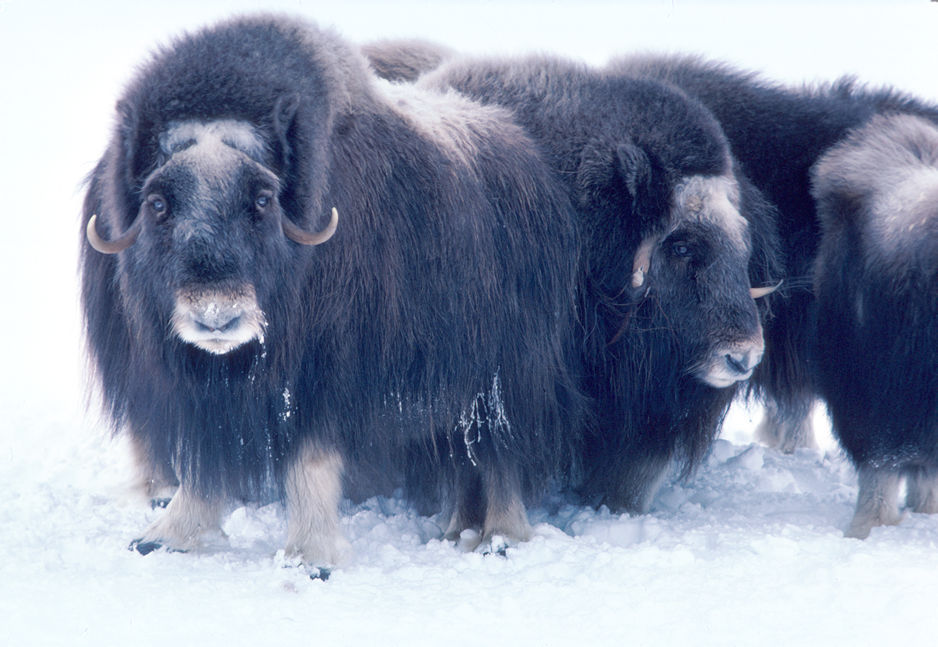 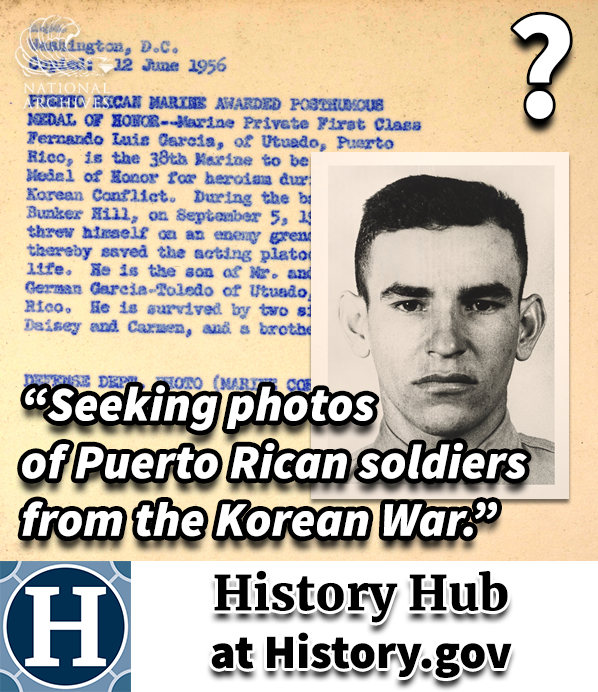 Learn more about the contributions of Puerto Rican and Hispanic veterans, and see the answer to our Question of the Week on History Hub, our crowdsourced platform for history and genealogical research where anyone can ask questions and get answers from archivists and other community members. 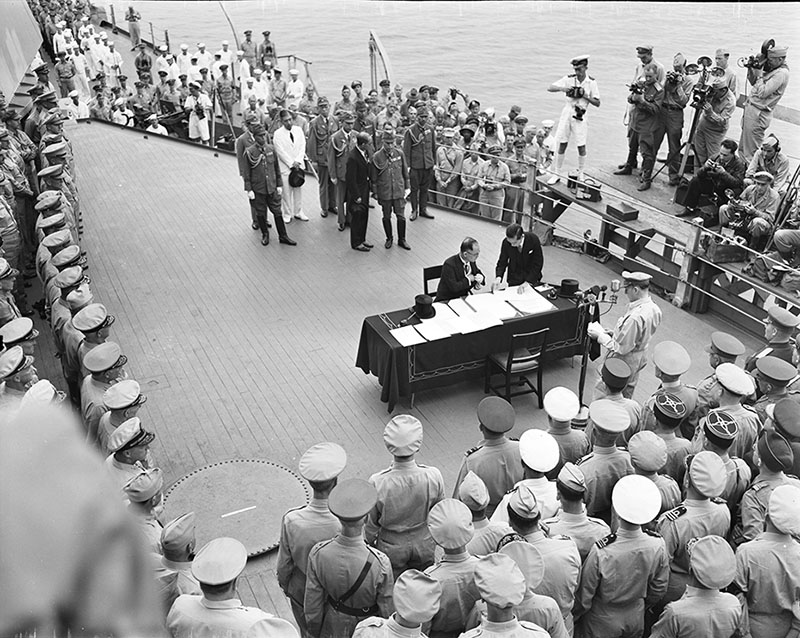 World War II, the bloodiest conflict in history, came to an end on September 2, 1945, on board the USS Missouri in Tokyo Bay six years and one day after the war erupted in Europe. View Japan’s formal surrender documents, which brought the war to its final conclusion online in the National Archives’ Featured Document display Victory in Japan: 75th Anniversary of the End of WWII. 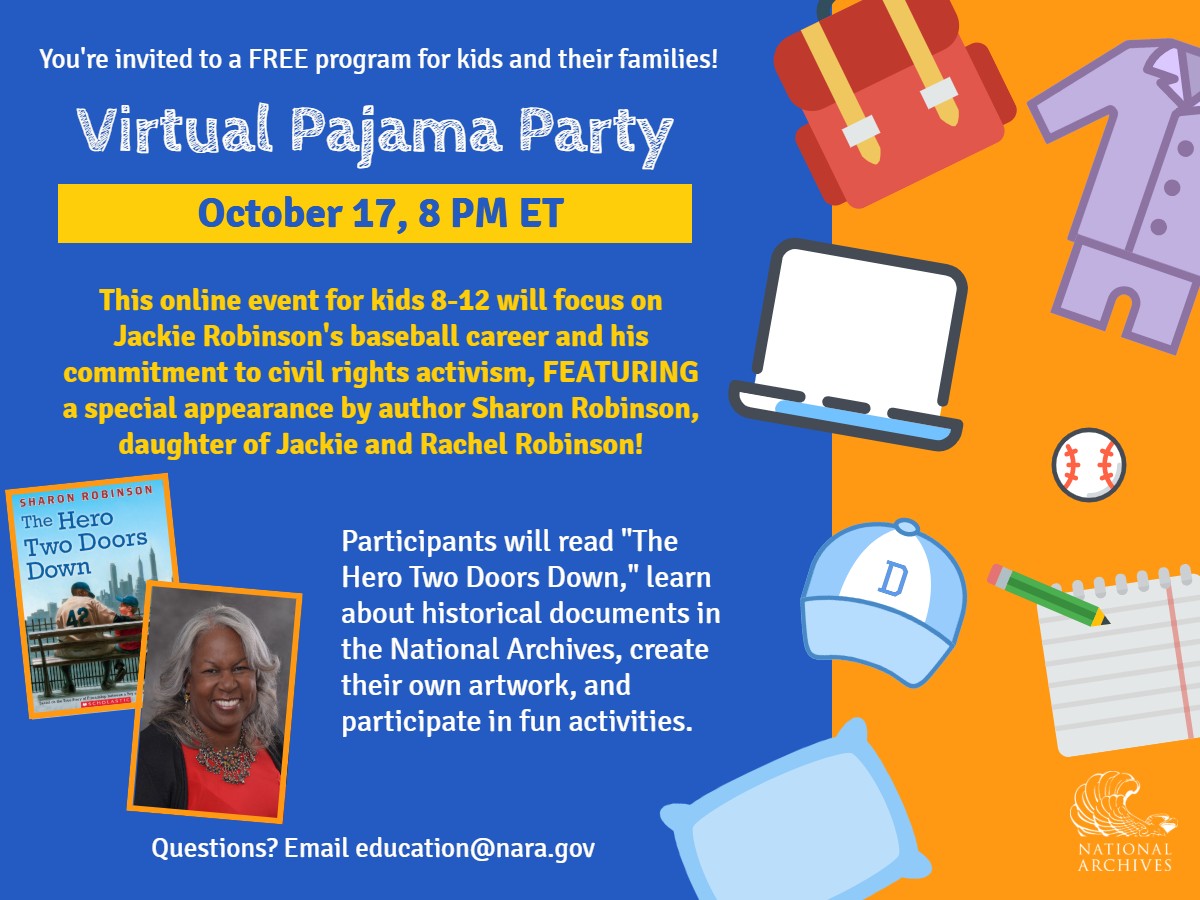 This online event for kids aged 8–12 and their families will focus on Jackie Robinson's baseball career and his commitment to civil rights activism, featuring a special appearance by author Sharon Robinson, daughter of Jackie and Rachel Robinson. Participants will read The Hero Two Doors Down, learn about historical documents in the National Archives, create their own artwork, and participate in fun activities.
Register here. 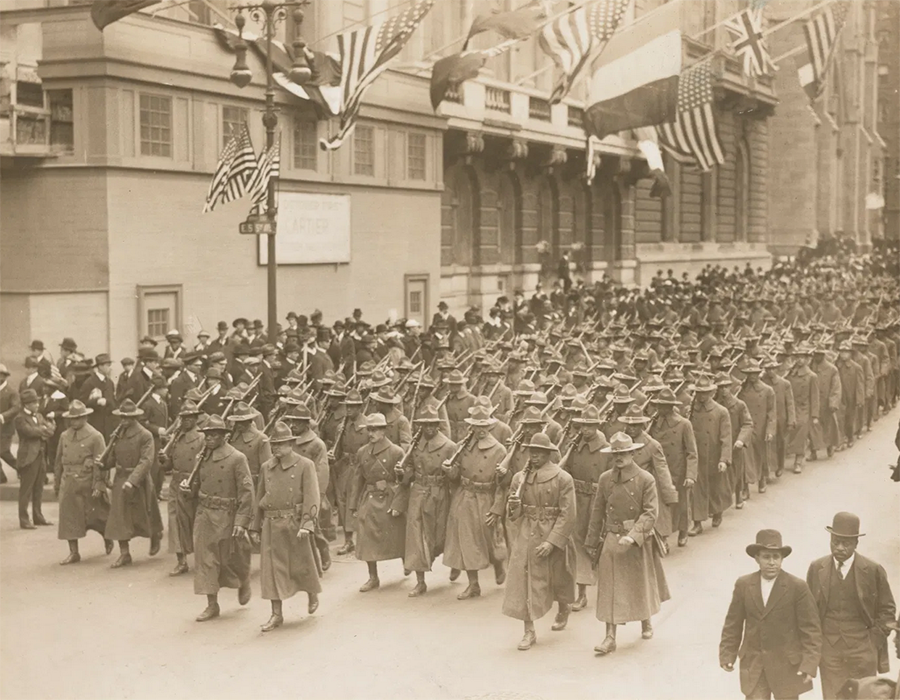 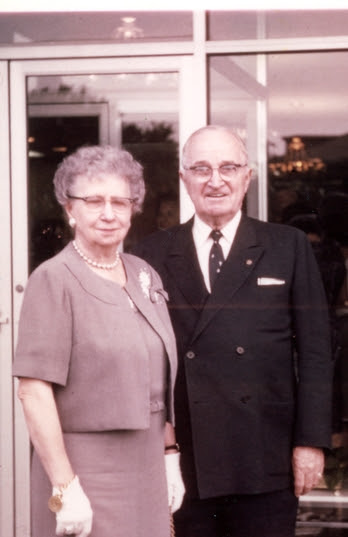 The Harry S. Truman Presidential Library and Museum is nearing completion on an extensive renovation of its museum exhibits. Preview the new museum design on the library's YouTube channel. And while you are there, check out the hundreds of new videos posted in the last six months, including the first-ever televised inauguration. Also, Truman Library educators have been hard at work crafting programs for students learning virtually, which you can find on the Truman Library's YouTube education playlist. 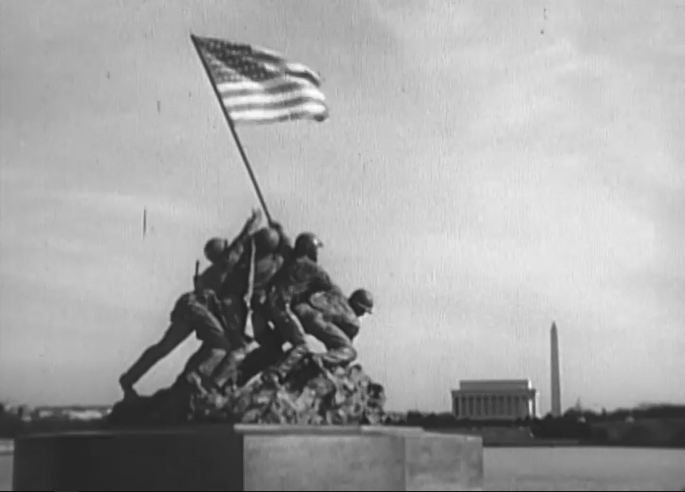 In September 1954, construction began on the U.S. Marine Corps Memorial in Arlington, VA, and was dedicated in November of that year by President Eisenhower. The film Uncommon Valor is from a series of Marine Corps films distributed by the U.S. Navy, and tells the story of the creation of the Memorial. Read more about the film and the Memorial in the Unwritten Record blog. 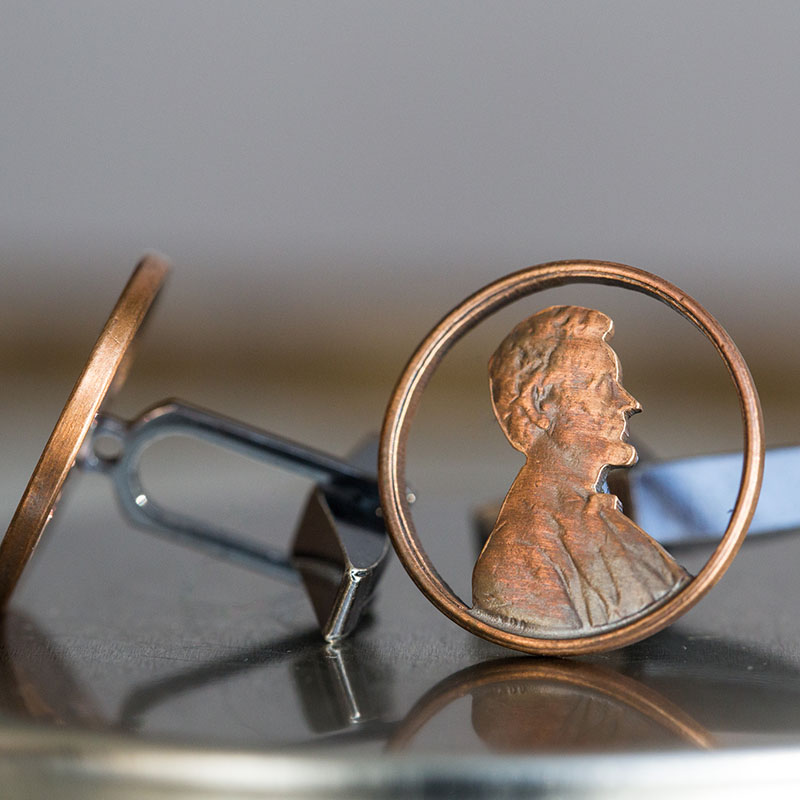 The Presidential collection from the National Archives Store honors the leaders of our nation with fun, unique products and gifts for history lovers on both sides of the aisle. From books to jewelry, you can show off your favorite President at home.
Shop today!